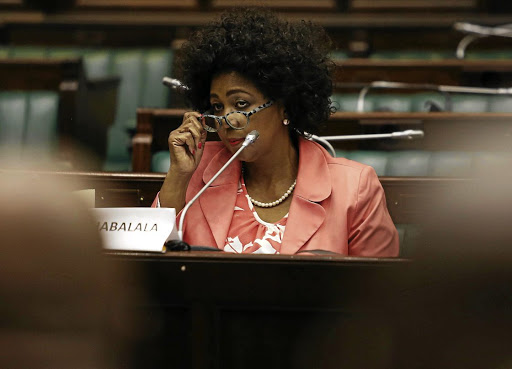 Disgraced former SABC chairperson Ellen Tshabalala is wanted by police after a warrant for her arrest was issued.

The warrant was issued by the Johannesburg magistrate's court after Tshabalala could not be found at her address for months and be formally charged with fraud for allegedly lying about her qualifications.

Tshabalala, who resigned with immediate effect amid controversy in December 2014, is sought by police in connection with their investigation into allegedly lying to parliament about her qualifications when she applied for the SABC job.

Gauteng police spokesperson Col Noxolo Kweza said police had been looking for Tshabalala who "has disappeared".

"We are currently looking for the suspect as she has disappeared. We have obtained a warrant for her arrest and she is regarded as a wanted person," Kweza said yesterday.

"No one knows [her whereabouts], even her neighbours said they haven't seen her for quite some time."

A bogus CV, even on social media, can land you behind bars

28 SABC employees served with notices to sack them

The 28 SABC employees whose appointments are said to have been irregular were served with letters of the intention to have them fired yesterday.
News
2 years ago

The Congress of the People laid fraud charges against her for misrepresenting her educational qualifications in 2015.

"The docket was handed over to the National Prosecuting Authority for a decision. The decision has now been made for her prosecution.

Sowetan has learnt that the warrant for Tshabalala's arrest was issued after police searched for her for months without success at her Bryanston, Johannesburg, home.

But Tshabalala, when contacted for comment yesterday, said she was not in hiding.

"I honestly have no idea what you are talking about. I have not disappeared.

"I'm in South Africa, I just hope they leave me alone and I have no reason to leave [the country] for anything."

The house which she provided as her residential address had apparently been deserted for a while, with neighbours indicating they've not seen her in months.

Tshabalala, a close ally of former president Jacob Zuma, allegedly lied about her academic qualifications when applying for the job of the public broadcaster's chairperson.

Her CV had stated she had obtained a BCom degree and a postgraduate degree in labour relations from University of South Africa (Unisa). However, Unisa stated that, according to its records, she had neither of these qualifications.

In August, a commission of inquiry into interference at the public broadcaster found that from 2012 to 2017, SABC executives took instructions from "people with no authority in the newsroom".

The report specifically cited Tshabalala among those fingered in this regard.