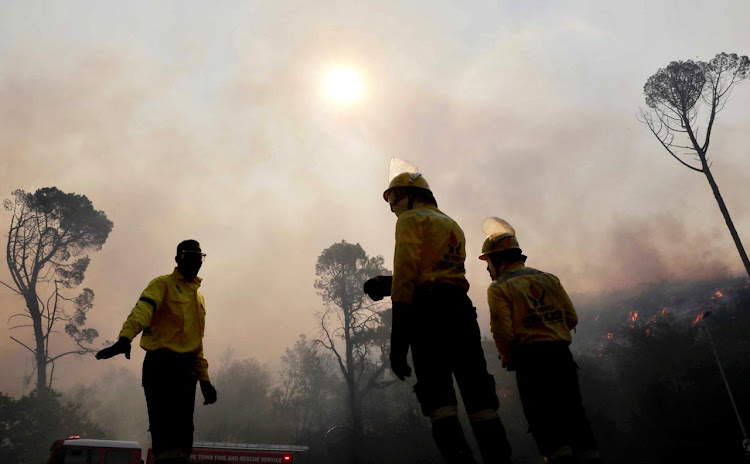 Western Cape disaster management said homes were evacuated and fire fighters injured as emergency teams battled to contain a blaze which broke out below Tafelberg Road on Sunday afternoon.

More than 200 fire fighters were battling the blaze, which started at about noon on Signal Hill in Cape Town.

Fire and rescue services spokesperson Jermaine Carelse said on Monday morning that 30 firefighting appliances and more than 230 fire fighters were still on the scene.

He said several fire fighters were injured and taken to hospital, and one firefighting appliance was lost in the blaze.

He said the fire had been divided into five areas “to be more manageable”.

Disaster management spokesperson Charlotte Powell said on Sunday the fire spread rapidly in the direction of Lion’s Head and Signal Hill as a result of very windy conditions.

Powell said homes in Nettleton Road were evacuated and the city had made available emergency shelter at the Clifton community hall.

“Any person who is asked to evacuate should please take along their chronic medication, identity document, passports, cash, cellphones, bottled water, non-perishable food, a set of clothing, blanket and toiletries,” she said.

Roads in the area were closed.

“We also ask that members of the public please steer clear of the affected areas.”

Crews will remain on the line throughout the evening.

According to the City of Cape Town, five houses have been affected by the fire as well as six vehicles have been burnt, any along signal hill road.#Fire #tablemountain #SANParks #FireSeason pic.twitter.com/Oz8I6mzz01