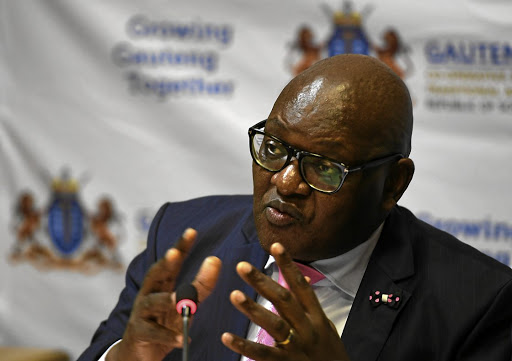 Gauteng premier David Makhura has been hauled to court by the DA after he put the Tshwane metro under administration.
Image: Felix Dlangamandla

The Gauteng government looks ready to take on the DA in court over the decision to dissolve the capital's council.

The DA filed an urgent application at the Pretoria high court on Friday to get premier David Makhura and his executive committee's decision to dissolve the Tshwane council set aside and declared unlawful.

The DA is also attempting to get the court to force the ANC and the EFF in Tshwane to attend council meetings.

Makhura's spokesperson Vuyo Mhaga told Sowetan yesterday: "We note the decision by the DA to approach courts. We are confident of the decision we took. It's in line with the provisions of the law."

Mhaga said the decision, which the DA in its court papers has described as procedurally unfair and irrational, remains a correct one. "The city has not been having ward committees. The auditor-general has alluded to corruption cases in Tshwane. Service delivery has been halted," Mhaga said. "Currently the city doesn't have a mayoral committee, mayor or city manager. The council has failed to be sit and approve delivery of services."

Mhaga said it would have been irresponsible of the provincial government not to dissolve the council "where services came to a halt and there is no authority to take executive decisions".

However, the DA's Tshwane mayoral candidate Randall Williams, whose affidavit forms part of the court papers filed in court, said the decision was taken before any facts were gathered by the provincial government about the situation in the metro.

On January 16, just before the council sitting in Tshwane that once again collapsed into anarchy and delinquency, we received a memorandum from ...
Opinion
2 years ago

"It is appropriate to underscore the extraordinary and drastic effect of the dissolution decision. It means that of the term of office of all of the Tshwane councillors, who were elected in 2016, will come to an immediate end and that entirely fresh elections throughout Tshwane will have to be held within three months.

Williams argued that the decision was unlawful and invalid on various aspects.

"First, the Gauteng executive committee did not issue any prior notice of its intention to dissolve the municipality and did not afford the municipality or any other party an opportunity to make representations as why it should not do so. Therefore, the dissolution decision was not procedurally fair or rational. . Obviously, the municipality concerned is uniquely well placed to provide facts and information relevant to that decision."

Tshwane has not managed to hold a council meeting since the year started as its sittings had to be abandoned after the EFF and the ANC staged walkouts, mainly following disagreements with council speaker Katlego Mathebe. As a result, the city has not passed its adjusted budget.

Should the DA fail in court, Tshwane will in about 90 days go back to the polls to elect a new government.