3 siblings tell mom they love her before dying in crash 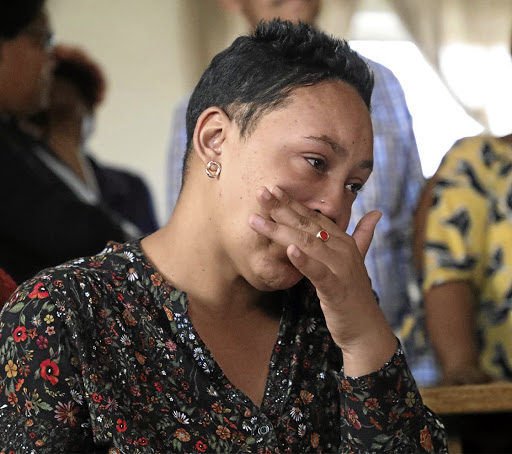 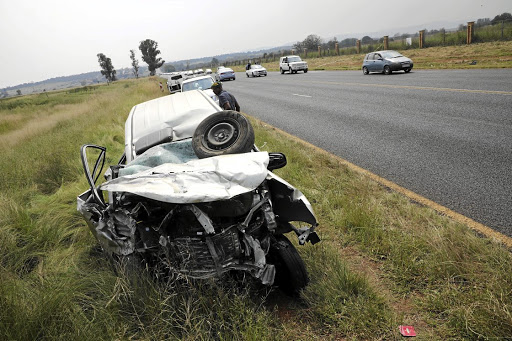 "Ma, I love you so much, I will always love you," were the last words six-year-old Aiden Goodal said to her mother when she left for school yesterday.

Odile Goodal's two other children - Lashay, 10, and Learyn, 11, - also told her that they loved her as they bid her goodbye in the morning.

This was something unusual because whenever the children left for school, they would just say "goodbye".

Little did Goodal, 30, know that the words "I love you" would be the last she would hear from her two daughters and boy who all died in a car crash about 3km away from their home.

The accident happened just before 7am on the Golden Highway in Eldorado Park, south of Johannesburg.

The children were on their way to Robertsham Primary School and are among the 12 people who died when a taxi collided with a Toyota Avanza.

When Sowetan visited the scene, a shoe, hat and a cap were among the remaining items at the crash site. Blood splattered on the tarred road was covered with sand.

Family and friends gathered at the Goodal family house in Ennerdale and wept for the children.

Goodal said she had no words to describe how she felt.

"They were such bubbly children and I never thought I was bidding them farewell for the last time this morning. I can't believe that I will never see them again.

"They all told me that they love me and I should enjoy my day," Goodal said.

Their grandfather Mervin Maart, 53, said the family was shocked by the incident.

"When we received a call that there was an accident
involving school pupils we never thought it was our children. I lost all my grandchildren. We are deeply hurt.

A tow truck driver who witnessed the crash said he had "never seen something like that before".

Three Gauteng primary school children were among the 10 people who were killed in a collision between a taxi and a light motor vehicle on the R553 ...
News
2 years ago

The education department has revealed the identities of three pupils who died in an accident on the R553 Golden Highway in Eldorado Park on Wednesday.
News
2 years ago

"My sister, I heard a loud bang and then I saw people coming out of the taxi.

"There were two passengers who were hanging from the windscreen of the taxi. Both cars got stuck to one another.

"In the Avanza, there were four school pupils and the driver. The driver of the Avanza and three children died on the spot. They used Jaws of Life to free the taxi driver," he said.

Acting education MEC Jacob Mamabolo, who visited the school and the children's family, said it was a sad moment for the province.

"We are saddened by the tragic accident and we felt that we should put everything aside and attend to it. The pain you feel is the same pain we are feeling," he said.

Mamabolo said they were told the driver of the taxi lost control and hit the Avanza head on.

"Nine people are currently in hospital, including a two-and-a-half-year old baby. The police are investigating the cause of the accident," he said.

School principal Sharon Lynch said they were saddened by the passing of the siblings who were in grades 1, 5 and 6 and joined the school this year.

The deaths of the Goodal siblings brings to 27 the number of Gauteng pupils who have died since the beginning of the school year.

Mabona said Siyanda Ntshangase, a grade 8 pupil at Protea Glen Secondary School No 2, in Soweto, died on Wednesday last week after he suffered from an extreme migraine.

Another pupil Sinesipho Mangaliso, a grade 5 pupil at Zenzeleni Primary School in Alexandra died on Friday after she was hit by a stray bullet while dining with her family at her home.

Yesterday, Sowetan reported about the deaths of two pupils who died after being fed poison.