Image: Sunday Times/Thapelo Morebudi The case against EFF leader Julius Malema and former party spokesperson Mbuyiseni Ndlozi is linked to the alleged assault of a police officer at the funeral of Winnie Madikizela-Mandela. File photo.

They appeared in the Randburg magistrate’s court for what was billed as the start of the trial.

“The case was, however, postponed to 23 and 24 June 2020 because Malema and Ndlozi’s legal representative stated they would need more time to prepare,” said AfriForum CEO Kallie Kriel.

The lobby group said earlier that it had pushed for the two to be charged. 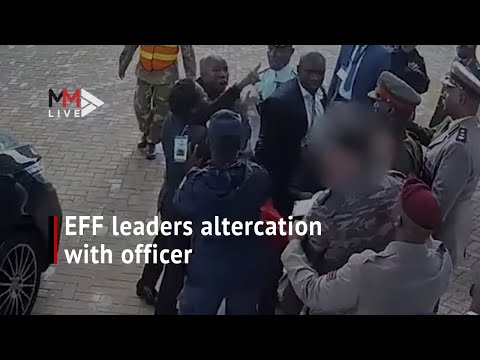 “Malema and Ndlozi allegedly assaulted a senior police officer in uniform in April 2018 during an incident which was recorded on closed-circuit camera. The senior police officer had opened a case at the SAPS, but it never received attention until AfriForum’s private prosecution unit started inquiring about the investigation in January 2019,” said AfriForum.

At their court appearance in November, Malema denied he and Ndlozi had assaulted the officer.