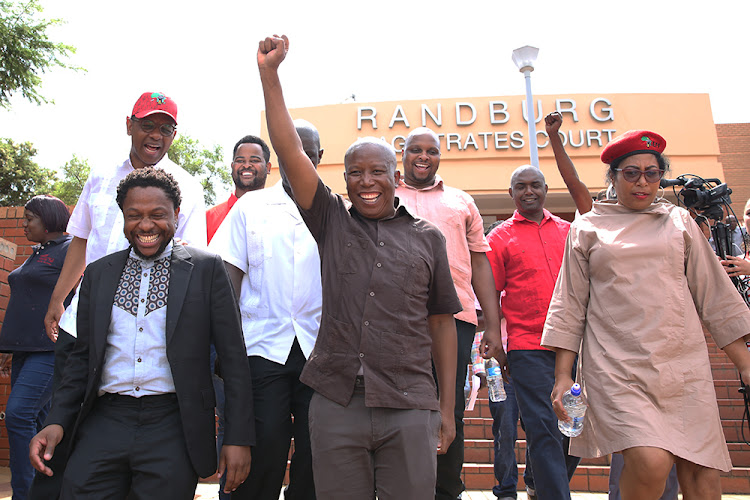 The assault trial against EFF leader Julius Malema and former party spokesperson  Mbuyiseni Ndlozi is scheduled to get under way in the Randburg magistrate’s court on Tuesday.

The pair is accused of assaulting a police officer.

AfriForum said it pushed for the two to be charged.

“AfriForum announced in July 2019 that it would be approaching the court with a mandamus application to compel the National Prosecuting Authority (NPA) to come to a decision regarding the prosecution of Malema in this case,” the group said in a statement.

“Malema and Ndlozi allegedly assaulted a senior police officer in uniform in April 2018 during an incident which was recorded on closed-circuit camera. The senior police officer had opened a case at the SAPS, but it never received attention until AfriForum’s private prosecution unit started inquiring about the investigation in January 2019,” AfriForum added.

At their last court appearance in November, Malema denied he and Ndlozi had assaulted the officer.

Meanwhile, the NPA denied dragging its feet in prosecuting the pair.

Spokesperson Phindi Mjonondwane said at the time that they were after due processes.

“The matter was not trial ready, hence it was not enrolled. Investigations were ongoing and we had to wait for those investigations to be concluded before we could enrol the matter on the court roll,” she said.

The ANC MP who wore a white tuxedo jacket and dubbed "Our Perfect Wedding" during the State of the Nation Address is EFF leader Julius Malema's ...
News
2 years ago
Next Article