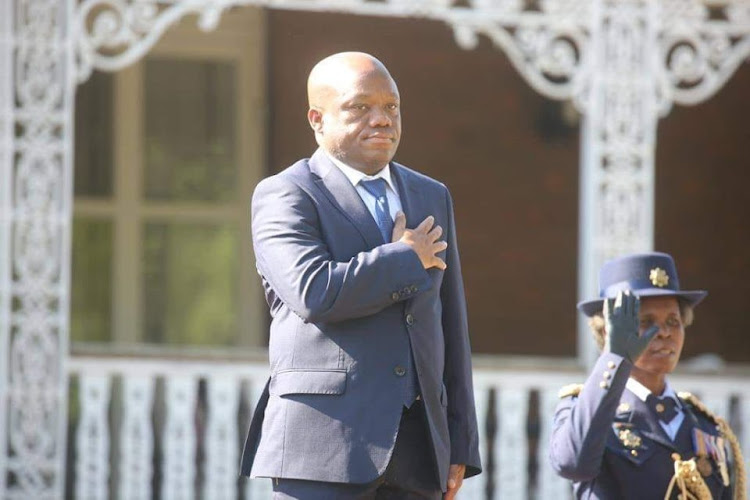 KZN premier Sihle Zikalala will head to Ladysmith after protesters blocked entrances to the town with rocks and burning tyres last week amid calls for the mayor's removal.
Image: Facebook/EDTEA KZN

KwaZulu-Natal premier Sihle Zikalala will lead a high-level delegation to protest-torn Ladysmith in a bid to resolve ongoing instability in the town.

Zikalala’s move comes in the wake of continued disruptions to business operations and government services, including water, as well as clashes with police and the burning of debris.

Residents have taken to the streets in recent weeks to demand that Alfred Duma local municipality mayor Vincent Madlala steps down. They accuse him looting municipal coffers for his personal use.

In the latest incident on Monday, roads were again blockaded with stones.

Police spokesperson Col Thembeka Mbele said the roads have since been opened and that police, including the public order policing unit, were monitoring the situation.

The premier's delegation will include Bheki Ntuli, the MEC for transport, community safety and liaison, and Nomusa Dube-Ncube, the MEC for economic development, tourism and environmental affairs, as well as local leaders and other senior government officials.

A Zimbabwean gospel and isicathamiya group has composed a song in honour of fallen iconic singer Joseph Shabalala.
Entertainment
2 years ago

President Cyril Ramaphosa and other SA political and musical heavyweights have gathered in Ladysmith, KwaZulu-Natal,to bid farewell to music icon ...
News
2 years ago

“The situation cannot be allowed to continue unabated, hence we are coming closer as government to engage with all affected stakeholders,” he said.

“The current protest is affecting business and the economy of all small towns relying on Ladysmith as an important corridor. Our interest is to ensure that there is stability in the province. We cannot allow Ladysmith to regress on the work done.

“Once again, we appeal for calm and to all protesters to engage peacefully.”

Two KwaZulu-Natal MECs will be deployed to Ladysmith amid ongoing violence by protesters calling for the removal of mayor Vincent Madlala.
News
2 years ago

Angry residents of Ladysmith, in northern KwaZulu-Natal, embarked on protest action yesterday. They
News
2 years ago
Next Article