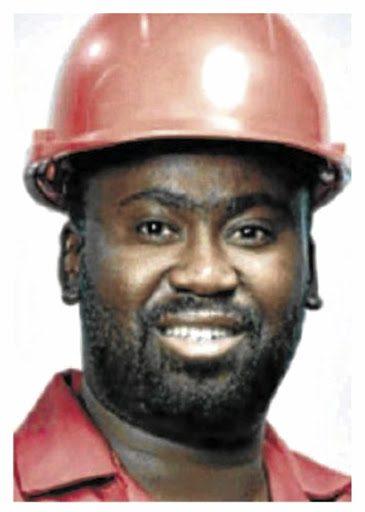 Lawyers representing an EFF councillor and his co-accused in an attempted murder case have applied for the dismissal of the charges, arguing there is no evidence linking them to the crime.

On Friday, the lawyers spent hours tearing apart the evidence the state had presented against Vusi Lebeko and his co-accused, Solly Ndala and Tshepo Rafuza.

The testimony of the complainants, Dumisani Mashaku and his girlfriend Nonhlanhla Sithole, came under intense scrutiny as the EFF lawyer dismissed some of it as lies.

In November 2017, a group of men arrived at Mashaku's shack in Mayfield, Ekurhuleni, at night and allegedly assaulted him while he was with Sithole. He was apparently dumped at an open veld and left for dead.

Mashaku was spotted by people who called an ambulance that took him to a hospital where he was treated for several days.

He identified Lebeko, Ndala and Rafuza as his attackers. The three are now facing charges of housebreaking, robbery with aggravated circumstances, attempted murder and kidnapping.

Lebeko is the EFF's proportional representation (PR) councillor in Ekurhuleni.

Lebeko's lawyer, Rajen Naidoo, said Mashaku's testimony had many discrepancies which made him an unreliable witness.

Among the discrepancies was that Mashaku told the court in his sworn statement that the attack happened on November 21.

He reiterated this even in court, and only conceded he was wrong when it was proved to him that the attack actually took place on November 20.

"The manner in which he contradicts himself not only in his evidence but also his statement under oath, makes one to question his credibility," Naidoo said.

Naidoo also questioned how Mashaku boldly told the court that he was not an EFF member, yet documentation was later presented proving the contrary.

"He distances himself from the EFF, then later concedes he was once a member of the party but did not renew his membership. What is the complainant actually trying to hide here?" Naidoo asked.

'Next time the fightback must be tenfold'
News
1 year ago

Prosecutor Pheelo Maleleka rejected Naidoo's arguments, saying the errors made by Mashaku could not cancel other parts of his testimony.

Maleleka argued that Mashaku's confusion about the day of the attack should be accepted as the assault happened at about 10pm, and medical records showed that he only arrived at the hospital after midnight.

He said the court could not ignore the fact that Mashaku placed all the accused on the scene of the crime in his statement in hospital.

"Mashaku was not aware that Nonhlanhla [Sithole] was also implicating the accused in her statement. These people are being placed on the scene of the crime by the two witnesses," Maleleka said.

He said the court could also not ignore the evidence presented by doctors that Mashaku was severely assaulted .

Lebeko, Ndala and Rafuza, are all out on bail. The case was postponed to March 27.