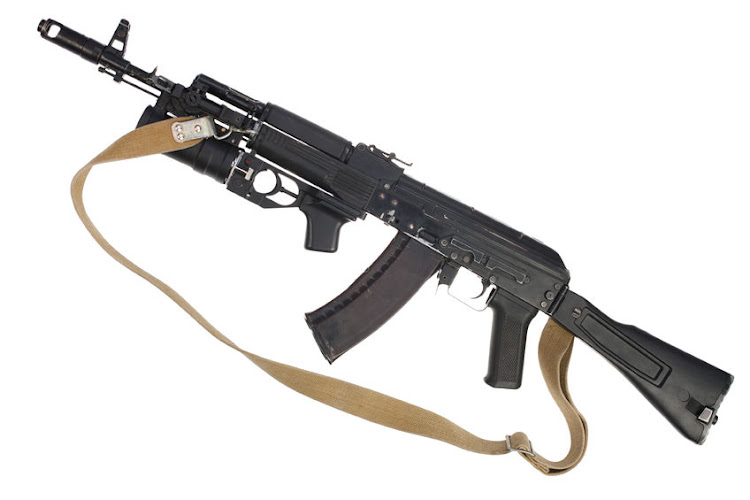 Five people have died in a bloody confrontation between police and an armed gang, after a cash-in-transit heist on the R503 near Mahikeng in the North West.

During two separate gun battles on Thursday, two police officers were killed and three of the alleged gang members were shot dead. Four others were arrested.

In a joint statement on Friday, the police ministry and the Hawks said robbers in three vehicles had shot at and forced a cash security van off the road.

The suspects retaliated and took off in different directions. In their attempt to escape, two of the vehicles faced off with members of the Hawks' technical operations management section (Toms).

The suspects managed to flee and a manhunt ensued.

Police have thrown out a dragnet for six gunmen after a dramatic cash-in-transit bombing in Rustenburg in the North West province on Saturday morning.
News
3 years ago

Later in the day, one suspect was tracked and arrested at a Johannesburg hospital.

Another operation was launched in Coligny, where the wanted suspects were confronted at a filling station by Toms members.

Later in the evening a further two suspects were traced to Ventersdorp but managed to escape.

So far, three AK-47 rifles, two 9mm pistols, a bakkie and a minibus have been seized.

The Hawks said the death of its officers was a “momentous loss”.

“We shall hunt the members of that organised criminal group that attacked the cash-in-transit vehicle and caused the deaths of our members. We have recently assembled a bigger team under an experienced brigadier to deal with these matters,” said national head of the Hawks Lt-Gen Godfrey Lebeya.

National police commissioner Gen John Sitole said: “The search for more suspects is continuing and I have urged our policemen and women to relentlessly continue searching for the remaining suspects, while maintaining their own safety.”

Police minister Gen Bheki Cele commended the rapid response by members of the Hawks and the special task force, and urged the tracing and investigating teams to leave no stone unturned in their efforts to find the remaining suspects.

“The apprehension of the five suspects with three fatally shot and two injured can only bring cold comfort to those who lived and worked with the slain members. We are, however, hoping that it will bring some kind of closure to the bereaved families,” the minister said.

One more member of the group accused of trying to rob a cash-in-transit vehicle in Mahikeng, North West told the Mmabatho magistrate's court his ...
News
3 years ago

The group nine are facing a schedule-six offence, meaning they will have to prove beyond reasonable doubt to the magistrate why they should be ...
News
3 years ago