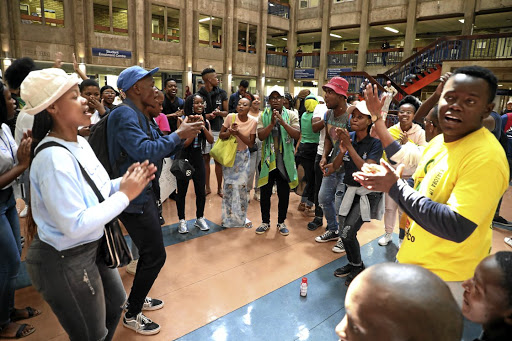 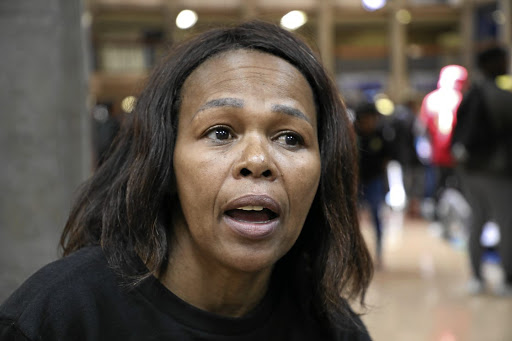 Dozens of Wits students embarked on a protest action yesterday over a lack of accommodation, which has forced some of them to sleep in libraries.

Among the affected students was Nomonde Foli from the Eastern Cape. The 41-year-old education student has been sleeping at the university's 24-hour library because she has been waiting to be approved for accommodation funding.

Foli, pictured, said she has been spending her nights at the library since January when the academic year started, and is forced to bath in the university's toilets every morning before her classes start.

"I have a historical debt of R89,000 which I owe to the institution because I have no funding and as a result I had to make a commitment with the finance office to make a payment of R500 a month so that I could be allowed to register for this year," Foli said.

However, Foli said she received a R50,000 funding for her tuition fees.

A video clip depicting students sleeping in the library of the University of the Witwatersrand was shared by the SRC on Wednesday, as it staged a ...
News
2 years ago

Accommodation costs beyond means of Wits students who have lost bursaries

"I share your frustration, I share your pain. I know the difficulties of being a student without accommodation."
News
2 years ago

SRC president Thuto Gabaphethe said over 300 students were still on the waiting list for accommodation. "The university is committing to only give beds to 50 students, which is not a solution. We will continue sleeping at the lab until the university takes this matter seriously because every year, black disadvantaged students are left stranded."

A student from KZN, Mthobisi Dlamini, said: "I applied for accommodation last year and I was put on the waiting list. We were promised during orientation that all will be sorted out, but now we are being treated like animals."

Wits deputy chancellor Andrew Crouch cnfirmed they would be assisting only 50 students for now, while others had to seek alternative accommodation.

Crouch said there were over 30,000 students who could not all be catered for. He said the majority of the students who are in desperate need of accommodation were the ones who lost funding due to having not done well academically.

"Must we reward failure? Is it ethical when we have 7,000 students that applied and only have 5,000 places, and students that repeatedly fail, lose funding and expect the university to take responsibility?" Crouch asked.