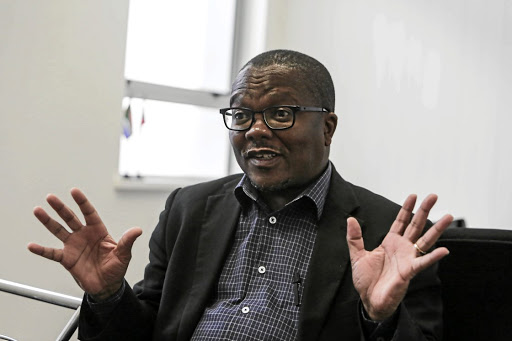 Professor Sakhela Buhlungu has instructed students at the University of Fort Hare to return home due to protest action.
Image: Alaister Russell

Ongoing protests at the University of Fort Hare culminated in the suspension of the academic programme on Thursday.

Prof Sakhela Buhlungu, vice-chancellor and principal, said in a statement that since February 24 “the university has experienced ongoing intimidation of and violence against staff, students and members of the public, as well as looting and damage to property”.

Despite the institution activating a court interdict restraining protesters from disrupting campus operations, “teaching and registration have been impeded”, he said.

“Management has taken the difficult decision to suspend the teaching programme on all campuses until further notice.”

Students were given a deadline of 6pm on Thursday to leave campus and vacate their rooms in all university-owned and leased residences.

At the heart of the protest is a “register one, register all” demand by students. The university said last month that some students had been financially excluded because of historical debt and they did not meet the criteria of the national department of higher education.

After receiving the evacuation notice, the SRC called a student mass meeting to inform students not to comply until they had engaged with management.

“It doesn’t make sense to tell students to go, especially because they [management] know that some students are from outside the province and outside the country,” said SRC president James Nqabeni.

He said they felt the notice period to leave was insufficient and argued that some students did not have the finances to go back to their homes. “Remember, some students have already paid for residences, so who is going to pay that money back to them,” Nqabeni asked.

- Graduate intern Andisiwe May contributed to this article

Student safety a concern for Nzimande

“Our institutions are places of teaching, learning and positive socialisation and should therefore be safe spaces,” Nzimande said.
News
1 year ago

A video clip depicting students sleeping in the library of the University of the Witwatersrand was shared by the SRC on Wednesday, as it staged a ...
News
1 year ago
Next Article