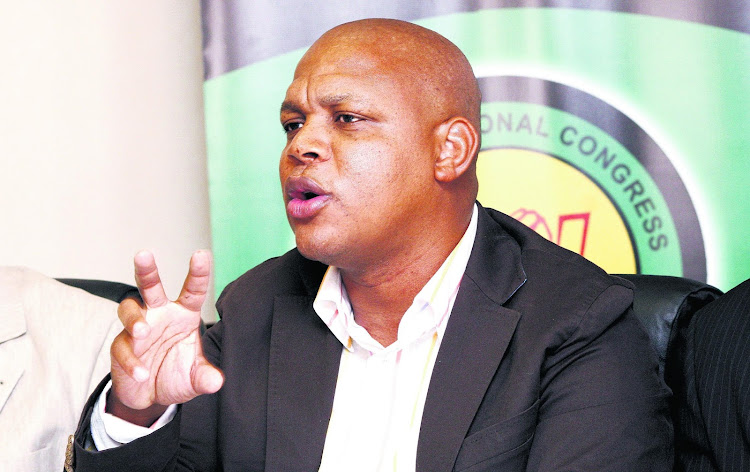 Pule Mabe was unable to articulate the ANC's position when asked at a Black Business Council summit which land the party intended to expropriate. File picture
Image: Alix Carmichele

The ANC and EFF remain at loggerheads over which land should be expropriated without compensation, as the second round of public hearings gets under way.

ANC NEC member and spokesperson Pule Mabe was left red-faced on Thursday morning during a panel discussion hosted by the Black Business Council at its annual summit under way in Midrand.

A two-thirds majority — which the ANC and EFF collectively have — is required to amend the constitution, and in this instance the Bill of Rights as well, to allow for expropriation without compensation.

But Mabe was unable to articulate the ANC's position when asked which land the party intended to expropriate, given that land owned by the state would not be sufficient to satisfy land hunger.

Ramaphosa and Mboweni will cause further recession: EFF

The EFF has laid the blame for the country slipping into recession on President Cyril Ramaphosa and finance minister Tito Mboweni's leadership styles.
News
2 years ago

“There are public hearings under way. These hearings are important to allow us to give a fair undertaking on how the ANC views expropriation of land without compensation. There are areas where we agree across political parties. Political freedom without economic freedom is not complete freedom, we need to give people their rights to land so they can participate meaningfully in the economy,” Mabe said.

The known ANC position is that land would be expropriated under specific instances including: portions of farms with labour tenants, land owned by absent landlords, land held for speculation and land that is owned by the state or state-owned enterprises.

These circumstances are all outlined in the draft of the Expropriation Bill, which President Cyril Ramaphosa said must be speedily finalised during his response to the debate on the state of the nation address in June last year.

Ramapohsa said, “Expropriation is  an important land acquisition strategy. It is important because it enables us to conduct land reform in a proactive and planned manner. This frees us from a wait-and-see approach dependent on market sales. Expropriation without compensation, in defined circumstances, allows us to do so at a cost that is reasonable for the South African people. But we must not lose sight that it is but one instrument in a much broader toolbox to achieve agrarian reform and spatial justice.”

EFF leader Julius Malema has welcomed the decision taken by Gauteng provincial government to place the City of Tshwane under administration, saying a ...
News
2 years ago

Meanwhile, the EFF insists that all land must be nationalised. EFF leader Julius Malema told delegates at the Black Business Council summit that his party would not back down from its demand for all land to be nationalised.

Responding to a question, he said that an EFF government would not be deterred by threats of sanctions by the likes of the US government.  He added that the EFF wanted a different model to that which was adopted in Zimbabwe.

“Land in Zimbabwe was not nationalised, it was given to politically connected individuals who were leaders of Zanu-PF; the state did not become the custodian of the land ... so that which we are calling for is not the same as in Zimbabwe.

“Ours must be done within constitutional provisions, hence the call we made in parliament for the amendment of section 25 of the constitution.

Other panellists included UDM president Bantu Holomisa, DA policy head Gwen Ngwenya and IFP president Velenkosini Hlabisa. Parties were unanimous in their call for the energy crisis to be resolved as it worsened SA's  economic woes.