184 SA citizens to be evacuated from coronavirus centre in China, plane booked 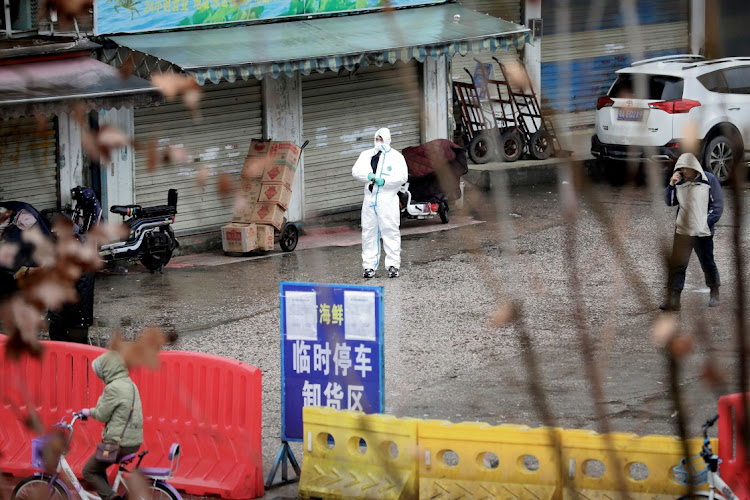 A worker in a protective suit is seen at a closed seafood market in Wuhan, Hubei province, China.
Image: REUTERS/DARLEY SHEN

A total of 184 South Africans  living in Wuhan, China, have asked to be evacuated by the SA government as a precaution amid the coronavirus outbreak there.

Most are students, teachers and other professionals  working in the city, according to a government statement.

At this stage, only seven South Africans in Wuhan have opted to remain in Wuhan City.

“The aircraft with the capacity to bring back the citizens in Wuhan has been secured,” the government said.

A team with officials from various departments, including health and the military will be on board.

“They will be working with the Chinese authorities to screen the group of South Africans before they depart the epicentre of Wuhan. With the support of the South African Embassy in China, a ground transport plan is being put in place to ensure that all citizens who are to be evacuated are safely brought to a central collection point from where they will be transported home.”

Negotiations with a number of service providers to serve as a quarantine area have not yet been concluded, said the government.

This is despite reports of a lodge in the Free State being identified as a possible site for the 21-day quarantine the repatriated citizens will be subjected to.

South Africans who tested positive for coronavirus in Japan cleared

Two South Africans who tested positive for the coronavirus in Japan are now in the clear.
News
2 years ago

Government said it had “received some disturbing reports, of some of the potential service providers being intimidated”.

“This intimidation makes it very difficult for government to speedily conclude preparations.”

Without naming any quarantine sites under consideration, government said: “At this stage the technical team is working hard to finalise this critical area of work and there is no specific venue that has been confirmed. We can however reassure that this work will be concluded in the not-so-distant future.”

There are no reported cases of the virus in the country.

The health department is monitoring the situation closely and has put plans in place to deal with any possible detection of the virus. Port Health has also doubled its efforts to screen all the travellers at all ports of entry.

Travellers visiting the country are being subjected to health screenings before they disembark from flights or are allowed to enter the country.

Family members of those joining the repatriation from Wuhan can contact the department of international relations & cooperation for information by e-mailing ciccn@dirco.gov.za or calling 012 351 1754.

Fears of the coronavirus have crippled Africa’s safari industry, a survey conducted by SafariBookings has found.
News
2 years ago
Next Article