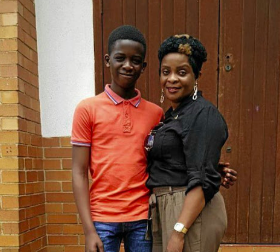 The forensic report into Enock Mpianzi's death has revealed that Parktown Boys' High teachers and the Nyati lodge itself were negligent and reckless.
Image: Supplied

A forensic report into the drowning of Parktown Boys' High pupil Enock Mpianzi has pointed to “negligence and extreme recklessness” on the part of the Nyati Bush and Riverbreak lodge, teachers who had accompanied the schoolchildren to the orientation camp, and the school itself.

The damning report was released on Wednesday by a law firm commissioned to investigate Mpianzi's death in January.

Peter Harris of Harris Nupen Molebatsi Attorneys delivered the report at a media briefing at the school held late on Wednesday afternoon.

They found that Mpianzi was the fifth pupil to die at the North West lodge.

It is becoming the norm to issue death certificates instead of matric certificates, said Gauteng education MEC Panyaza Lesufi on Tuesday at the ...
News
2 years ago

The 13-year-old boy went missing while attending the camp and his body was found washed down the Crocodile River after he had seemingly drowned while participating in a water-based activity.

The search for Mpianzi started only the next day. His body was discovered a day after that.

“We don't have a postmortem report but all the evidence points to him having drowned,” Harris said.

“We find that there is negligence on the part of the school for not having [held a] roll call and that the educators should be held accountable. If the correct roll-call list had been used, they would have realised 18 hours earlier that a boy had been missing.”

The school and the teachers were negligent in fulfilling their duties regarding the safety of the pupils, he said.

“They have to look after the safety and wellbeing of the learners. They got to the exercise late, so they [didn't] know whether they had been safe or not,” Harris said.

The report revealed that 80% of the pupils had already proceeded down the river when the teachers arrived where the activity was taking place.

None of the participating boys had been pulled out of the river at a point they were not meant to pass.

Mpianzi's body had been swept away by the strong river current and found 1.8km downstream almost 48 hours after he was last seen alive.

“They [the lodge] had 12 life jackets and there were 204 learners at the camp,” Harris said.

“There is no accurate record at the camp of the attendees ... The result is, 11 boys were not there [after the activity]. When those names were called, nobody said anything,” he said.

Harris said the investigation found that the headmaster had to face a disciplinary hearing, as did some of the teachers who were involved.

“The school must also be held liable for the negligence as well as the school governing body for allowing the camp to take place without authorisation,” he said.

The MEC said there were two versions of the report — an executive summary and a full report in which the identities of interviewed pupils were concealed.

Meanwhile, he has prohibited all Gauteng schools from returning to Nyati.

“We have sent communication to all schools to not use the Nyati facility,” Lesufi said.

This report was initially to be released two weeks ago but the department halted its release pending consultation with the Mpianzi family, who was conducting their own probe into their son's death.

When SowetanLIVE's sister publication TimesLIVE consulted the family about the anticipated report last month, they indicated the report would bring them little relief.

“No amount of evidence, documentation or declaration will bring our child back. Chances are we might be in more pain afterwards,” family spokesperson Sebastian Motha said at the time.

Parents of some of the Grade 8 pupils from Parktown Boys High School on Friday shared how their children had also experienced difficulties at an ...
News
2 years ago

For the first time in four decades, Gauteng education MEC Panyaza Lesufi has shaved his head - and he's done it for a reason.
News
2 years ago
Next Article