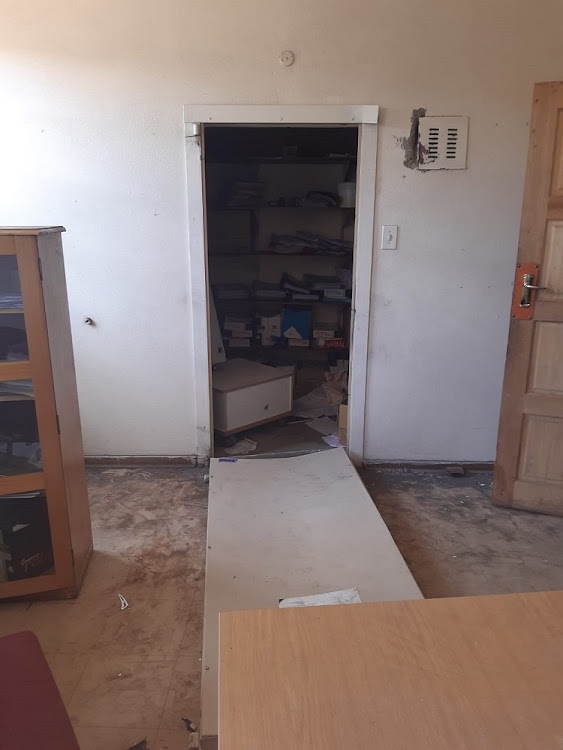 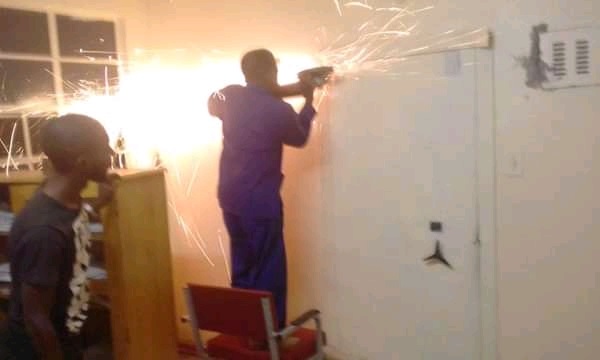 Four teenage boys were rescued from a narrow and airless safe at a North West high school on Tuesday night, after a deputy principal allegedly locked them in safe and left for the day.

According to the parents, a tragedy was averted when the safe and a wall, located in the deputy principal's office at Kwena-ya Madiba High School in Jericho, were sawed off by members of the community and the police to let the children out, after the educator had left with the keys to the safe and was not answering calls.

Frantic parents say they started to worry when the children had not arrived home when they normally would have, and went looking for them.

One of the parents, Nkele Tsotetsi, who lives in the nearby village of Maboloka, said she went to Jericho police station to report her 13-year old son Keabetswe Sandane missing at about 6pm, and while talking to police, other parents started to arrive. One of the learners from the boys' class later said the deputy principal had taken the four to his office because he wanted to punish them , and they had not been seen since.

The death toll among Gauteng pupils since the beginning of the year have risen to 20 with the death of two pupils in separate incidents.
News
1 year ago

"When we got to the school, we called out for them, and through the walls the kids told us they could not breathe. No one had the keys to the safe, so we started to look for a saw machine. It was terrifying. By the time we eventually let the kids out it was nearly midnight. We don't think these kids would have survived the night. Now, we are all wondering what his actual intention with them was," Tsotetsi said.

The learners were all taken to Letlhabile Clinic for treatment and were discharged in the early hours of Wednesday. They were also provided counselling.

Another learner, 16-year old Kagiso Menyoko's aunt Celina, said she was at first suspicious and then terrified when her nephew failed to arrive home by 5.30pm because it was uncharacteristic.

"I am his aunt, and my sister left me the responsibility of looking after him. Had anything happened to him, I don't  know what I would have said to his mother," Menyoko said.

When contacted by Sowetan, North West MEC Mmaphefo Matsemela said she viewed the incident in a very serious light, and the deputy principal would be suspended immediately.

"As a department, we are shocked and view this incident not just as a serious offence, but a betrayal of trust. After hearing about it this morning, I think it warrants immediate suspension and the proper process should be initiated," she said.

A KwaZulu-Natal school held an interfaith prayer session on Friday after pupils fainted, screamed and cried uncontrollably.
News
1 year ago

A grade 8 pupil has died in hospital and two others were injured on Tuesday when a table collapsed as they were sorting books at Phala Secondary ...
News
1 year ago
Next Article