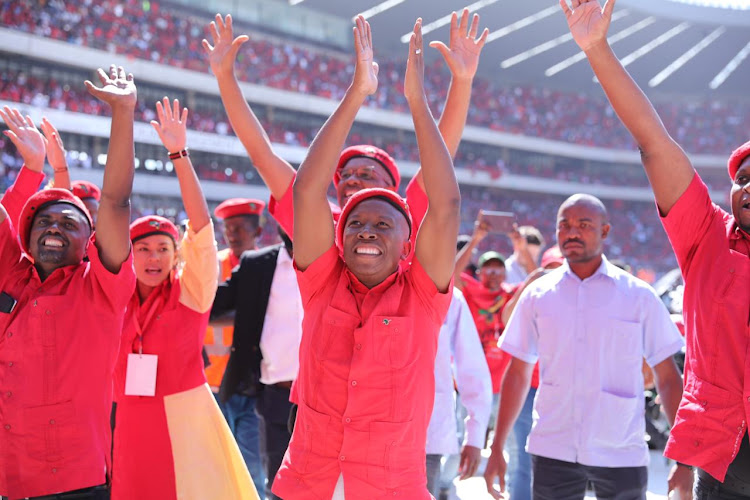 House of BNG and Moët & Chandon flowed on Monday as the EFF celebrated leader Julius Malema's 39th birthday at its Johannesburg headquarters.

Shivambu thanked Malema for his political contribution to the lives of South Africans.

“I think the decision to start life much earlier [than at 40] has been taken by him. His began much earlier and has had an impact on the lives of so many people. Happy birthday, comrade president, and we wish you well.”

On its Twitter page, the EFF said: “We wish him good health, the wisdom of Solomon and that he lives to see the attainment of EFF in our lifetime.”

[PART 1/2]: A decolonised version of Happy Birthday to celebrate the Son of the Soil, CIC @Julius_S_Malema. #HappyBirthdayCIC pic.twitter.com/IyjDX9YQBi