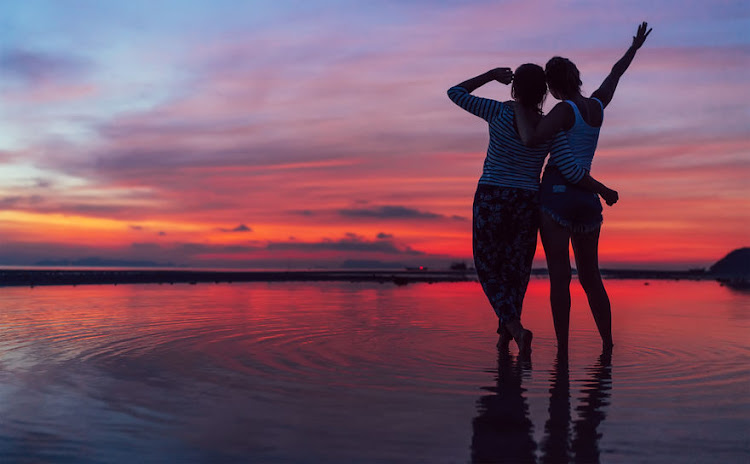 A couple who were told they could not get married at a riverside village venue because it did not host same-sex weddings based on religious grounds has criticised the SA Human Rights Commission's (SAHRC) “tardiness in this case”.

The commission launched an application in the equality court against the owners of Beloftebos wedding venue in Stanford, near Hermanus, on Monday. It said this followed several complaints about the venue.

Megan Watling and Sasha-Lee Heekes were turned away by the venue in January.

“Beloftebos ... refused to host the wedding of Mx Alexandra Thorne and Mx Alex Lu” in July 2017, the couple said in a statement on Monday.

“They, alongside several members of the public, then lodged a complaint with the SAHRC. Nothing happened and in January 2020 the same venue refused to host our wedding.”

Here is the link to our full statement on the @SAHRCommission filing papers in the #beloftebos Matter https://t.co/sjesoB8zvc Please note, our concern is not that they filed first, after having a 2.5 year head start one would hope that they would be in that

They proceeded to take the matter to the equality court and wrote to the commission to express “severe reservations” about its handling of the case.

“Given the misleading information given to us by the SAHRC, their extreme tardiness in this case and after due consideration, we wrote to the SAHRC on Thursday thanking them for their efforts in this regard, but withdrawing our complaint and asking them to not seek relief on our behalf. We simply do not trust the SAHRC to act in our best interests,” they said.

Hello, there. Welcome to Same Love #samelove. We are Megs and Sash, and we are a recently engaged same-sex couple from beautiful Cape Town. pic.twitter.com/iWsENWBQyn

They discovered the commission was going ahead with its case on Monday. “Had they addressed the incident in 2017, we [Megan and Sasha] and the number of other couples turned away by the venue would never have suffered the unfair discrimination and humiliation.”

Beloftebos, meanwhile, said in a statement on Monday that it had not been served court papers and learnt about the equality court action via the media.

“Beloftebos’ decision not to organise and host same-sex weddings is because of the owners’ deeply held religious convictions that marriage is a sacred covenant between a man and a woman in the presence of God, as well as a symbolic picture of the love and commitment between Christ [as the bridegroom] and his church [the bride]," said their legal representative, Daniela Ellerbeck.

“They welcome everyone equally to their venue and would happily organise a birthday party, an office year-end celebration or any similar event for a same-sex couple,” said Ellerbeck.

The owners, through their legal team, indicated that they had been exercising  their constitutional right to religious freedom and belief.

The venue said if the matter proceeded to court, it would abide by the outcome.

However, “if the court decides against Beloftebos and forces them to participate in and celebrate events that violate their conscience, religion and belief, then every supplier of goods and service provider in SA will equally be forced to accept work that they may fundamentally disagree with”, said Ellerbeck.

The SAHRC has been approached for comment on the couple's criticism. This article will be updated when the response is received.

In the previous week, we were privy to Somizi and Mohale's beautiful, star- studded wedding. A lovely wedding it was - I wish them a joyous and ...
Opinion
2 years ago
Next Article