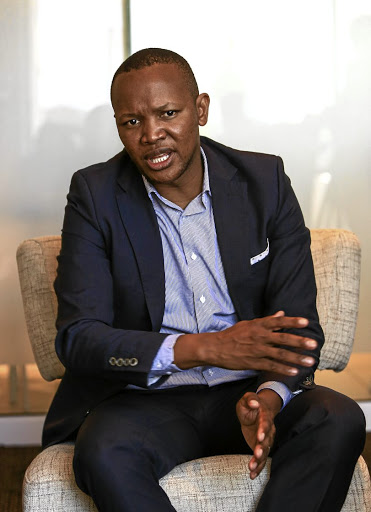 Nkosana Makate, who won the case against Vodacom involving the 'Please Call Me' invention./Simphiwe Nkwali

Leading cellphone network provider Vodacom has refused to grant Please Call (PCM) Me inventor Nkosana Makate access to its financial records as the two parties battle it out once again in court.

Makate approached the North Gauteng High Court in Pretoria in an effort to force Vodacom, which had offered him a R47m compensation for his idea, to release its records and other statements that it used to determine its proposed settlement figure.

The inventor declined the offer, which was made in January last year, as he believes that he deserved around R20bn as compensation.

Makate believes that access to Vodacom's financial records from 1997 to 2000 would allow him to make an estimation of how much he should receive as a reasonable offer for his idea, which he believes the cellphone company generated billions of rands from.

In his affidavit, Mohamed Joosub, Vodacom's CEO, stated that documents that Makate required had not place in the records stemming from negotiations between Vodacom and Makate.

The battle between "Please Call Me" inventor Nkosana Makate and Vodacom has taken another twist after he approached the court to force CEO Shameel ...
News
2 years ago

"I do not know whether the applicant is intending to refer to documents which, according to the applicant, it was in my power to access from any source, even though neither party tendered those documents to me."

Joosub also argued that despite Makate's conviction that he had access to the documents that could prove that Please Call Me's had generated more profit than what he was told about.

"What I do wish to point out is that the additional documents are not, and were never, in my possession," Joosub said.

Joosub said there were no provisions of the Please Call Me liability and settlement that appears in the Vodacom financial statements that were provided to him.

"No information relating to the provision of PCM liability (if at all), as alleged by the applicant, was provided to me nor was any such information considered for purposes of my determination," he said.

He added: "None of the documentation in question is in my personal possession. These documents, insofar as they exist, may indeed be held by Vodacom, but not by me."

Joosub, who was cited as the first respondent, said he wanted to be "entirely neutral" in the matter.

In his affidavit, Makate argued that the annual report has always been compiled containing financial data based on source documents.

"My request is no fishing expedition," he argued.

Makate also argued that the details are contained in financial and management reports and that PCM revenue generated can be calculated.

He argued that there was a way to quantify how PCMs return calls' revenue could be calculated by using a structured query language.

"I also tender to lead evidence under oath to enable the court to decide if Vodacom is being truthful in its allegations that it is impossible to calculate the revenue derived from PCM," he said.

Oral arguments will take place in court next week.