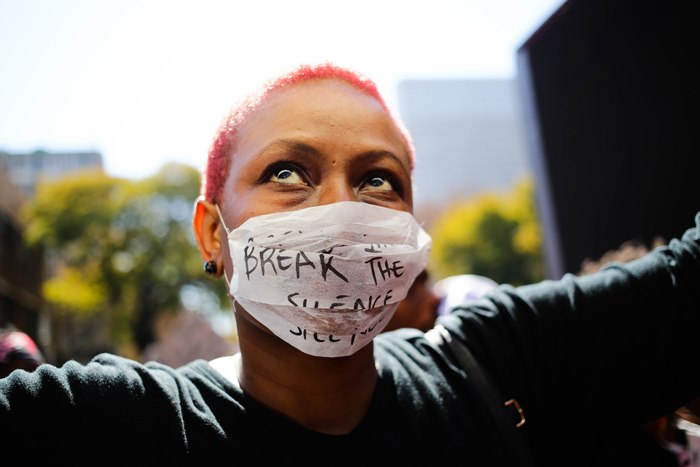 KZN tops the list when it comes to violence perpetrated against women and children. File photo.
Image: Alaister Russel

KwaZulu-Natal premier Sihle Zikalala has announced a multidisciplinary programme that will include the placement of more than 180 social workers aimed at tackling the scourge of gender-based violence (GBV) in the province.

Zikalala, addressing the launch of the programme spearheaded by the provincial department of social development on Monday, said GBV had escalated to “unprecedented levels” in the province and required the government to strengthen its focus on changing attitudes and promoting positive behavioural change among men.

“Statistics have shown that this province tops the list when it comes to violence perpetrated against women and children and this goes against the spirit of ubuntu and points to something that has gone horribly wrong with the moral fibre of our society.

The Premier Soccer League (PSL) has entered into a memorandum of understanding with the South African Police Service (SAPS) to stand against crime ...
Sport
2 years ago

The programme, which is being rolled out under social development MEC Nonhlanhla Khoza, will see the employment of 183 social workers to deal with GBV issues.

Zikalala said: “The plan is based on four critical pillars: prevention, education and awareness; strengthening the criminal justice system; ensuring adequate care, support and healing for victims; and strengthening the economic empowerment of women.

“A real man in the true sense of the word cannot beat, kill and rape a woman ... a real man is expected to protect, not harm, a woman and GBV has reached such alarming proportions that it requires an urgent and rapid response,” he added.

According to the 2018/2019 crime statistics, the top 10 contributing police stations to crime against women in the province are Umlazi, Inanda, Plessislaer, Ntuzuma, Empangeni, Ladysmith, KwaMashu, KwaDukuza, Chatsworth. KwaZulu-Natal also came second in the list of sexual offences and saw an increase of 3.2% from the previous year.

The scourge, Zikalala said, required government and all other stakeholders to double efforts to deal with this “nightmare”.

He called on youth formations and civil society to play their part and urged parents to raise girls and boys as equals.

“Everyone has a role in ending patriarchy and creating a society that is free of violence against women and build one where the dignity of women is respected.”

Last week we witnessed parliament descend into chaos - men from two of the top three major political parties in our country used gender-based ...
Opinion
2 years ago

Khoza said the social workers have gone through intense training on how to respond to the incidents of GBV and prevention, victim empowerment and trauma management.

“These social workers have been placed at police stations, Thuthuzela care centres and crisis care centres in all districts to provide psychosocial support to all victims of crime and violence.

She said the provincial treasury had allocated R14.4m to allow her department to roll out the programme.

Khoza said these funds were used to employ the 153 social workers (this includes eight social work supervisors) through Lifeline while 30 social workers were employed on contract by the national department of social development.

“The allocation of social workers is based on the crime hotspot districts and the prevalence of incidents of gender-based violence. The eThekwini Metro has a high prevalence of sexual violence and has thus been allocated the highest number.

She said there had been an increase in reported cases of sexual offences in Zululand and this has also informed the allocation of social workers.

Khoza said the department had established a call centre which is manned by four social workers. Other phases of the call centre would include a Skype facility and the development of a mobile app.