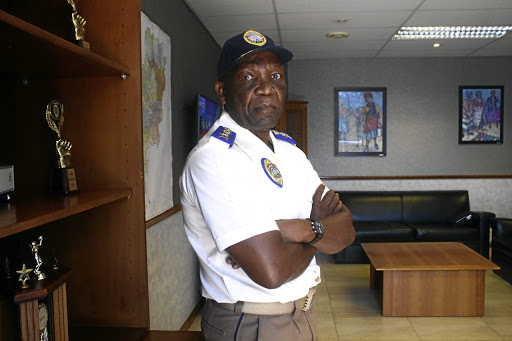 Johannesburg MMC for public safety Mally Mokoena wants the city council to approve an investigation into Johannesburg Metro Police Department (JMPD) chief David Tembe on allegations of intimidation, abuse of power and nepotism, among others.

This is contained in a confidential document leaked to Sowetan, which reveals that Tembe faces a range of charges and suggests that he should be suspended while an investigation takes place.

Mokoena was supposed to present this motion at the council's sitting on Thursday but the sitting collapsed when several councillors staged a walkout after failing to pass an adjustment budget.

She would lobby the council to approve a mayoral committee decision that Tembe be given seven days to explain why he should not be suspended pending an investigation.

"It is recommended that an independent investigator be appointed to investigate all allegations against the chief of police and that he be given an opportunity to respond as to why he should not be placed on precautionary suspension pending investigation," the motion reads.

Among the 11 allegations, Tembe is accused of suspending directors and superintendents without having the powers to do so. It also alleged that Tembe's system of awards and commendations was not fair as only his favourite officers were being recognised.

Johannesburg mayor Geoff Makhubo has admitted that the order to suspended JMPD chief David Tembe “today” by his member of the mayoral committee for ...
News
1 year ago

The document details that Tembe should be suspended to ensure that the investigation is not jeopardised, and that he cannot interfere with potential witnesses, commit further acts of misconduct and create instability in his office.

The allegations against Tembe emanate from a meeting with JMPD officers who laid their grievances with Mokoena. Sowetan last month reported on a leaked audio clip from the same meeting where Mokoena was heard giving instructions for Tembe's removal. She was heard telling her head of department to "show your muscle and suspend Tembe today" in a January 22 meeting.

This caused a headache for Johannesburg mayor Geoff Makhubo, who said it was unfortunate that Mokoena was captured in the clip giving those instructions but rejected the notion that it was political interference. He said he would still call for Tembe's suspension given the serious nature of the allegations.

Insiders have told Sowetan there was a clear move to oust Tembe, seen to be aligned with former mayor Herman Mashaba, in order for the new ANC government to install its preferred chief of police.

DA councillor and former MMC for public safety Michael Sun said they would support a proper process that would be fair on Tembe.

Tembe said: "As soon as I see it [the document] I will discuss it with my lawyers and they will advise on how to handle it."