WATCH | 'Why me?', asks 'drug dealer' after house is torched by angry mob

It was a tense day in Ocean View on Thursday as police, residents and gangs reorganised. Five houses were torched on Wednesday night after a child died in a gang-related shooting.

Two men aged 19 and 27 were expected to appear in the Simons Town magistrate's court on Friday in connection with the killing of a seven-year-old girl during a gang shooting in violence-wracked Ocean View.

Emaan Solomons was killed in gang shooting crossfire while playing outside her home on Tuesday evening. Her death resulted in an outpouring of anger which saw the homes of alleged drug dealers torched by residents supported by People Against Gangsterism and Drugs (Pagad) members.

Members of the police anti-gang unit made arrests just before midday in one area on Thursday.

One of the houses petrol-bombed on Wednesday was across from where Solomons lived. The owner of the house, Sonja Alexander, said she was not a drug dealer. Her children were also playing in the street when Solomons was killed. 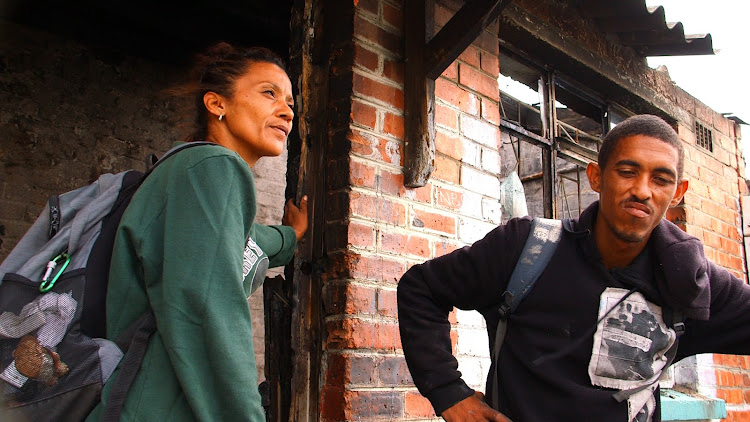 Oceans View residents spoke to TimesLIVE after their house was burnt to the ground by angry community members after a seven-year-old girl was killed in a gang-related shooting on 25 February 2020.
Image: Anthony Molyneaux

Cape Town mayoral committee member for safety and security, JP Smith, arrived with a large contingent of law enforcement officers to inspect some of the torched properties.

Smith said when a community was allowed to mete out vigilante justice, there was always a margin for error and innocent people were bound to get hurt.

Some residents of the burnt buildings later admitted to TimesLIVE they sold drugs but  said they had nothing to do with Solomon’s murder.

Two young men from a two-storey building that was petrol-bombed on Wednesday night said they spent the night in the nearby mountains out of fear of the community.

Cedric Laven is unable to spell his name, is illiterate, and lives with his friend, Dominic Afrika, in the building. The wall leading to the entrance carries the graffiti of dozens of gang signs, and nearby community members said in hushed tones that the building has been raided countless times by the police. 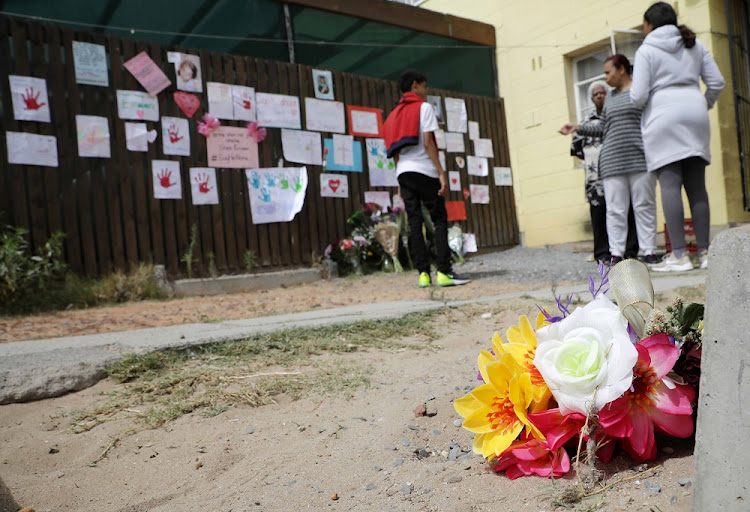 A bouquet of flowers in the foreground mark the spot where Emaan Solomon's family members found her body after she was shot on Tuesday.
Image: Esa Alexander

Afrika conceded that drugs were sold from the house. He said he was afraid and planned to spend another night in the mountains at a Rasta encampment while rumours swirled about more community action being on the cards. 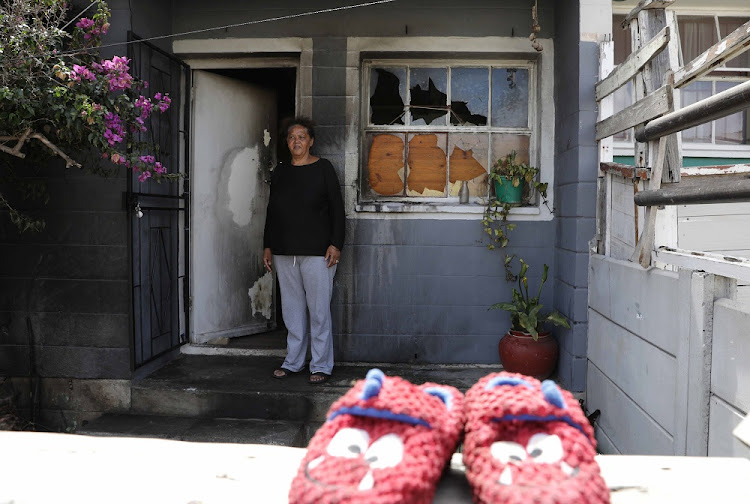 Emaan Solomon's neighbour, Sonja Alexander, was one of the targets of arson attacks on Wednesday night. She said she has done nothing to deserve the attack and denied that drugs are sold from her property.
Image: Esa Alexander

"A stern warning is issued to all communities to refrain from taking the law into their own hands as doing so will leave the police with no option but to arrest and charge those responsible. The forces will remain on the ground until calm is restored," said Potelwa.

Hours after a seven-year-old-girl, Emaan Solomons, was shot and killed during crossfire between rival gangs in Ocean View, Cape Town, on Tuesday ...
News
1 year ago
Next Article