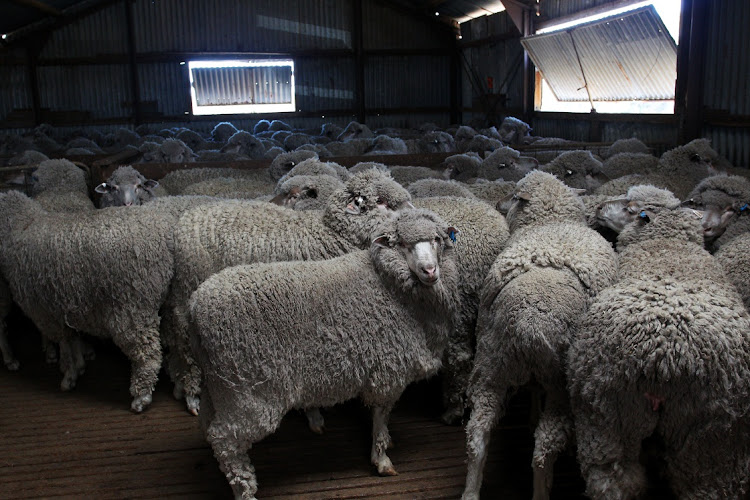 The National Council of SPCAs has approached the high court in Makhanda, seeking an interdict to halt the export of about 70‚000 live sheep by ship to Kuwait.
Image: LISA MAREE WILLIAMS

Agri Eastern Cape has hit out at AfriForum for coming out “guns blazing” to help the National Council of SPCAs seek an interdict to halt the export of about 70‚000 live sheep to Kuwait by ship.

The case will be heard on Friday and follows the previous discovery of live sheep being exported by sea to the Middle East in October 2019‚ allegedly under horrendous conditions, reports SowetanLIVE's sister publication HeraldLIVE.

The council released a statement this week sating that AfriForum had agreed to represent it in court on Friday, with advocate Gerrie Nel leading the team.

However, Agri Eastern Cape president Doug Stern questioned why AfriForum was getting involved in unwarranted litigation when it was meant to protect the interests of farmers.

“It is evident the NSPCA is hell-bent on stopping this initiative, irrespective of the evidence presented,” he said. “Why AfriForum, who often state they represent the interests of farmers, are involving themselves in this unwarranted litigation is concerning to us as an organisation.

“Surely they have a responsibility to establish facts first, instead of guns blazing, to the detriment of the economy and a host of other economic factors.”

He said the previous shipment of sheep had followed all local and internationally accepted protocols and procedures.

“It is the contention of Agri EC that the responsible and ethical shipment of livestock holds huge potential for the expansion of the agricultural economy of the province.”

State failing in its role to protect farmers, public at large

A few days ago, AfriForum said farmers in SA should be armed to protect themselves and their families from criminals because the police do not have ...
Opinion
2 years ago

AfriForum chief executive Kallie Kriel said the interdict would protect the long-term interest of farmers and the sustainable export of red meat.

“This will not harm the interests of farmers in any way,” he said.

“The owners of the ship have put farmers in a very difficult position and rather than sweeping the findings of the livestock welfare co-ordinating committee under the rug, AfriForum decided to put pressure on the shipping company and the government — not farmers — to ensure  the ship adheres to the requirements of the report.

“If AfriForum succeeds in this case, it will mean the export of sheep can proceed without any objection, which will be in the interest of all sheep farmers in SA.

“In a world that is increasingly succumbing to anti-red meat propaganda, AfriForum believes every possible attempt should be made to counter this propaganda.

“The propaganda cannot be countered by sweeping problems under the carpet. We are attempting, with this court case, to promote the long-term interest of farmers.”

Revelations that nearly 250 animals had died at the Eastern Cape government’s six experimental farming facilities have raised serious concerns around ...
News
2 years ago

WATCH |Why cheetahs are running the race of a lifetime

The world’s fastest land animal may not be able to run away from extinction.
SebenzaLIVE
2 years ago
Next Article