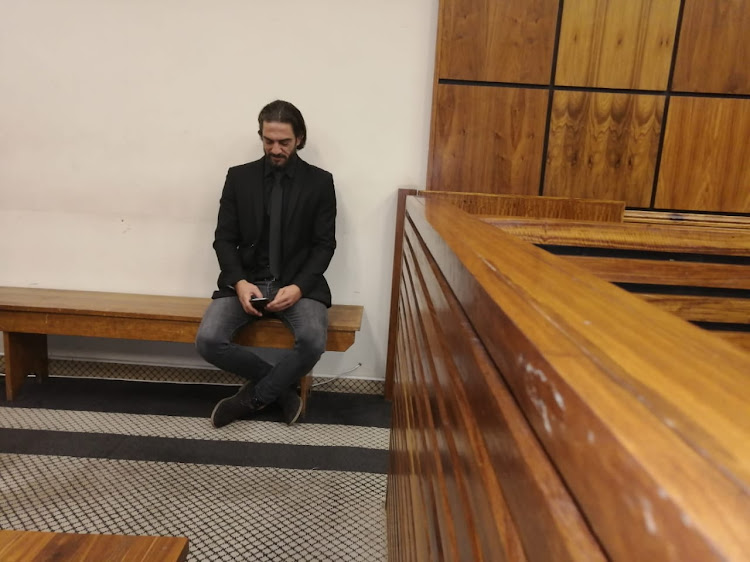 Adam Catzavelos in the Randburg regional court before he was sentenced for crimen injuria.
Image: Ernest Mabuza

The case against businessman Adam Catzavelos, who used the k-word while on holiday in Greece and who was handed a suspended sentence on Friday, pointed to the need for the criminalisation of racism.

This is the view of EFF Gauteng chairperson Mandisa Mashego, who spoke outside the Randburg regional court after Catzavelos was sentenced to a R50,000 fine or a two-year jail term, wholly suspended for five years on condition he is not found guilty of crime injuria during that period.

Randburg regional court magistrate Hleziphe Nkasibe said Catzavelos had shown remorse for his action, which brought him notoriety after he filmed himself referring to black people using the k-word during a holiday in Greece in December 2018.

The EFF in Gauteng laid charges after the video gained traction and generated outrage.

Mashego testified in aggravation of sentence earlier this year, saying she believed Catzavelos should spend no less than 10 years behind bars.

Johannesburg businessman Adam Catzavelos was on Friday sentenced to a R50,000 fine or two years in prison, wholly suspended for five years. for ...
News
2 years ago

Speaking after the sentence was passed on Friday, Mashego said the suspended sentence imposed on Catzavelos pointed  to the need for racism to be criminalised.

“Ultimately, the one thing that will resolve our racist past and also protect black people from this indignity and inhumanity is if racism is actually criminalised because currently it is not," Mashego said.

She said the magistrate was constrained by the fact that racism was not a crime.

“In the law books, racism is not criminalised. That is why we were left with no choice but to stick to the crimen injuria charge. This case points out the need for racism to be criminalised," Mashego said.

Mashego said over and above what Catzavelos had done by attending rehabilitation, as ordered by the Equality Court, she hoped he would see the necessity to go back to his white community and try to rehabilitate his social circles about racism.

She said hopefully this would have some kind of a knock-on effect.

Catzavelos’s attorney, Lawley Shein, welcomed the suspended sentence and said he was pleased because this was what he had recommended in his argument during the sentencing proceedings.

“Given that, it also taught him about himself and racism and going forward in our society. The sentence was very fair in my opinion,” Shein said.

Sentencing of Adam Catzavelos to get under way

Adam Catzavelos, who was convicted of crimen injuria, will learn on Friday whether he will get jail time for his use of the k-word when referring to ...
News
2 years ago