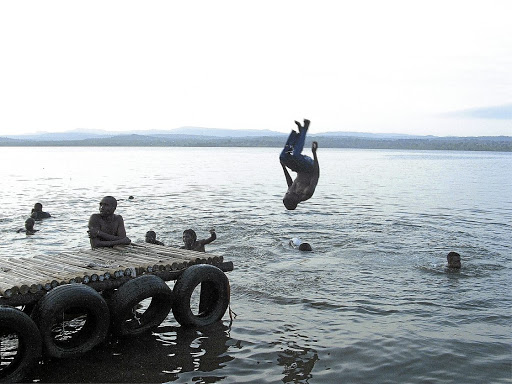 Nandoni Dam outside Thohoyandou is a popular picnic site for both locals and holidaymakers visiting the area. People who lost their lands to the dam are demanding compensation./ Chester Makana

Representatives of communities around Nandoni Dam outside Thohoyandou in Limpopo, who were adversely affected by its construction, walked out of a meeting with the department of water and sanitation on Tuesday and vowed to go to court.

Nandoni Complaints Resolution Committee leaders were frustrated at what they call a snail's pace in paying out claimants their compensation as recommended by former public protector Lawrence Mushwana about 11 years ago.

On May 29 2009, Mushwana, who was in the area to hear complaints by community members, made several recommendations - including that they be compensated for loss of their land.

"Since advocate Mushwana made the recommendations in 2009, out of 1,403 claimants the department has paid just 327," Netshivhambe said.

He said at the rate they were going, they would not finish paying out even within the next three years. Netshivhambe said it was agreed that they should pay according to (consulting firm) Blackdot's evaluation report, but apparently they are not using it.

"After we agreed to the appointment of Blackdot to do the evaluation, the department was supposed to be transparent and show us the report but it is hidden from us.

Rains have fallen, but Graaff-Reinet is still dry, and vandals have made it worse

Despite recent welcome rains, the Eastern Cape remains in the grip of a terrible drought.
News
1 year ago

Natural disasters in KwaZulu-Natal have caused more than R3-billion worth of damage in the past nine months alone, premier Sihle Zikalala said on ...
News
1 year ago

"They pay each claimant in secret and it is not known how they are paid. It is understood they are using the auditor-general's 2004 report whereas it was agreed that they will use the Blackdot report."

The department's spokesperson, Sputnik Ratau, said the process to pay communities was ongoing.

"It is slow because we have to verify every claim to check if it is genuine and if there is no double claim," Ratau said.

He also said it was impossible to pay out on the same day as claimants' land they lost to the dam was not of the same size.

The dam's construction on Luvuvhu River began in 1998 and was completed in 2005. It was first called Mutoti Dam, after the village closest to the dam wall.

It was later renamed Nandoni, Venda for "place of iron-smelting ovens".

The dam was built to supply water to the surrounding areas. But it has since become popular place for recreation and fishing.