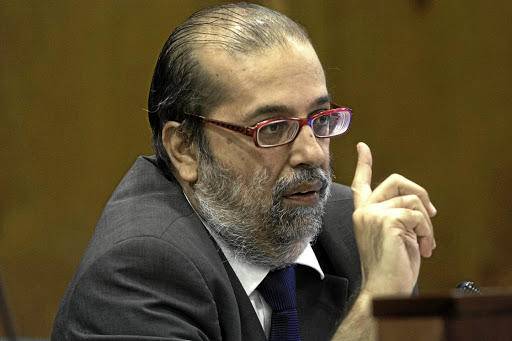 Yunus Carrim appeared before the commission of inquiry into state capture./Trevor Samson

Former communications minister Yunus Carrim says he believes the deal entered into between MultiChoice and the SABC for the broadcast of the 24-hour news channel on the DStv platform was a "policy capture" of the public broadcaster.

Testifying before the commission of inquiry into state capture yesterday, Carrim said he believes that MultiChoice, through its owner Koos Bekker, had used the negotiations to capture the SABC.

When the SABC was launching its 24-hour news channel in 2013, which was to be hosted on MultiChoice's DStv platform, the company agreed to pay R553m over five years for the news channel but requested exclusive access to its archived material in return.

According to Carrim, MultiChoice also used these negotiations to influence government policy on the migration from analogue to digital television through set-top boxes which it was opposed to. To date the migration has not taken place. Carrim said MultiChoice put a clause in their agreement that the public broadcaster would not encrypt its set-top boxes.

"This for me is a very clear example of regulatory or policy capture where by irregular means you shape a government policy. There is absolutely no reason to include, in a commercial transaction between the SABC and DStv, a clause that deals with government policy."

Former communications minister Yunus Carrim on Tuesday told the state capture inquiry that he decided not to volunteer his testimony because he would ...
News
1 year ago

Ramaphosa is not arresting comrades as to do so would sink he entire party.
Opinion
1 year ago

Carrim, who was opposed to the agreement, was not reappointed into cabinet following the 2014 national general elections. He told the commission he did not voluntarily come before it as it would have been perceived as him still having issues with the decision to not reappoint him.

He said they initially did not have a problem with the agreement but later realised that MultiChoice had a lot of power over the public broadcaster.

He said the archives were said to be worth at least R1bn but were given to MultiChoice for free. The archive material is currently aired on DStv Encore channel.

"When I wrote to Mr Vincent Smith, who was chairperson of the ad-hoc parliamentary committee looking into the SABC, I set out that our problem with the MultiChoice agreement. was that a big multi-international is . forcing the SABC to change its policy and try to influence us as the government."

Ahead of Carrim's testimony, CEO Calvo Mawela sent MultiChoice staff an internal e-mail telling them the company always conducted its business on ethics and they should not worry about the revelations.