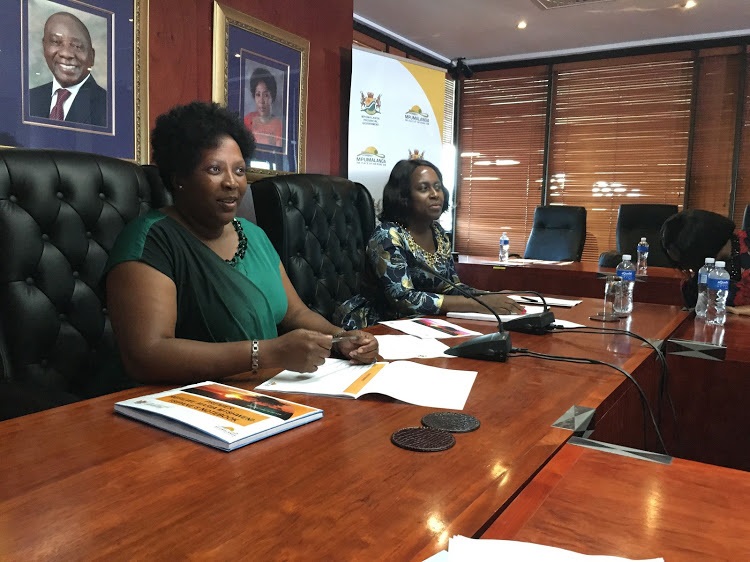 Mpumalanga premier Refilwe Mtshweni-Tsipane says her province will embark on a drive to create at least 50,000 jobs by skilling young people this financial year.

Speaking during the state of the province address yesterday, Mtshweni-Tsipane said unemployment in the province was at 33.6%, making it the third highest unemployment rate in the country in the last quarter of 2019.

"The province is faced with the elephant in the room of unemployment and mostly our youth," she said.

She said the provincial government has taken a firm decision to embark on short term interventions to stimulate economic participation and ultimately create jobs.

The interventions include the Mpumalanga regional training trust (MRTT) in partnership with the private sector to increase the number of youth who are put on short term skills development courses like plumbing, painting, electrical, bricklaying, plastering, hospitality and others, initially targeting those who may have left school between grades 8 and 12.

A billboard with a Christmas message from Mpumalanga MEC for sports, arts and culture Lindiwe Ntshalintshali has caused a furore.
News
1 year ago

"These young people will be deployed to hospitals, clinics, schools and all government buildings to do maintenance and all necessary repairs. We are targeting at least 50,000 young people to be skilled by government and the private sector during the next three years," said Mtshweni-Tsipane.

She also promised the province would to build seven new schools to do away with dilapidated structures and over crowding.

"We have conducted needs assessment for additional classrooms in fast growing towns and other urban areas.

She said the province was doing well in tourism, however, safety of tourists - both domestic and international - is a concern and that the roads to the province's tourists attractions were not in good state.

A total of 49 crime incidents against tourists were reported in the province since June.

She said the province will invest R5bn to improve economic and social infrastructure.

DA member of the provincial legislature Bosman Grobler said the premier's speech was full of promises, but lacked implementation plan.

"Infrastructure development is something her predecessor spoke about but there's nothing," Sedibe said.

Scanners, cameras and panic buttons to be installed in Mpumalanga hospitals following death of patient

The Mpumalanga government has resolved to install scanners, cameras and panic buttons in all health institutions following the murder of a patient at ...
News
1 year ago

President Cyril Ramaphosa says the courts should not be used to fight battles where the state has degraded the rights of its people.
News
1 year ago

Deputy President David Mabuza has taken a stance to clear his name by opening a defamation case.
News
3 years ago
Next Article