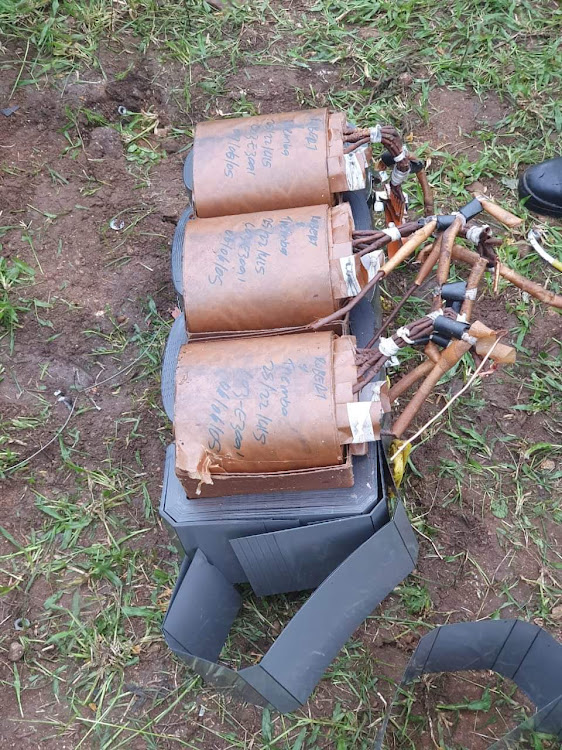 A man died while trying to escape arrest after he and another man were seen tampering with a transformer and tower batteries. The second man is in hospital after shooting at police, who retaliated.
Image: Provided

A man jumped to his death while attempting to escape arrest after he and another man were seen tampering with a transformer and tower batteries in Mohokoni village, Limpopo, on Tuesday.

The dead man's companion is in hospital  after running into nearby bushes while firing shots at police, who retaliated.

Two more suspects, who police believe had arrived to collect the stolen goods, were also arrested.

“The police received a report from the tower patrollers in the area that there were people tampering with the transformer and tower batteries. They  found two suspects dismantling the transformer and had already drained the transmission oil into a 5l container,” said police spokesperson Brig Motlafela Mojapelo.

The suspect who fled the scene was arrested with the help of  community members. He was admitted to a hospital under police guard after being injured  during the shootout.

Police are searching for a gun-toting gang which allegedly held up staff at a chain store in Durban's Musgrave Centre on Sunday.
News
2 years ago

The dead man, who apparently had used  a makeshift stepladder to climb the tower, hit the ground head first when he jumped and was certified dead on the scene,” said Mojapelo.

The suspects, including the deceased, are between 27 and 43 years old and are all from Pretoria.

The provincial commissioner of police in Limpopo, Lt-Gen Nneke Ledwaba, commended the officers for their swift response and thanked the community members for helping the police catch  one of the suspects.

Cases of theft and malicious damage to property were opened, as well as an inquest into the death of one suspect.

The three surviving suspects were expected to appear in Bolobedu magistrate's court on Thursday.