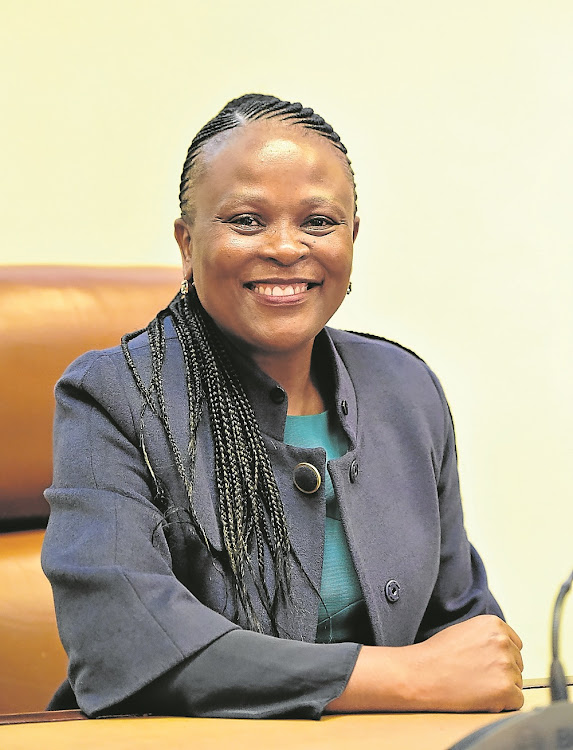 Embattled public protector Busisiwe Mkhwebane has been given a brief respite against her possible removal from office.

This is after DA chief whip Natasha Mazzone last week withdrew her motion calling for impeachment proceedings to be instituted against Mkhwebane and submitted a new one to be considered afresh by speaker Thandi Modise.

"The withdrawal of the DA’s motion, which was tabled in December 2019, means that the attendant process that subsequently ensued, which includes the establishment of an external panel of experts to conduct a prima facie assessment of the motion, falls away," he said.

"Before the withdrawal of the earlier motion, the speaker was in the process of selecting qualified persons to serve on the panel and was due to announce their names by the end of this month."

Mothapo said Modise would now apply her mind to the new motion to determine if it met the requirements provided for in the rules of the National Assembly.

"The rules provide that if the motion meets the requirements, the next step would be to establish an independent panel of experts to make a preliminary assessment of the motion.

"The panel members, who are nominated by political parties and appointed by the speaker, must be three fit and proper South Africans who collectively have the legal and other skills and experience to do this assessment."

Speaking to TimesLIVE on Tuesday afternoon, Mazzone said it was necessary for her to withdraw the motion and submit a new one because she had new supplementary evidence to submit for the consideration of the independent panel.

She said the rules of parliament meant that everything she had received since December could not be submitted to the panel.

"I submitted the original motion in ... early December. Since then there has been another court case and there have been numerous affidavits that have been submitted to members of parliament regarding the fact that the public protector is not fit and proper to hold office," said Mazzone.

"Now the rules of parliament were drafted in such a way that I submit a substantive motion with my evidence and then an independent panel investigates that evidence and decides whether or not the public protector is in fact fit and proper to hold office."

Mazzone wants Mkhwebane removed on the basis of misconduct and incompetence. She has cited the negative rulings against her in the Reserve Bank report and the Vrede dairymatter.

The public protector last month slammed the move to remove her through a parliamentary process. "I am advised that the rules are unconstitutional and unlawful, in that they amount to a violation of the constitutionally prescribed duty imposed on organs of state to protect the independence of chapter 9 institutions," she told reporters.

The DA has submitted over 7,000 pages of supplementary evidence to National Assembly Speaker Thandi Modise to strengthen its motion for the removal ...
News
2 years ago

Calls for the unsealing of the controversial CR17 presidential campaign banking records are gaining momentum. The African Transformation Movement ...
News
2 years ago
Next Article