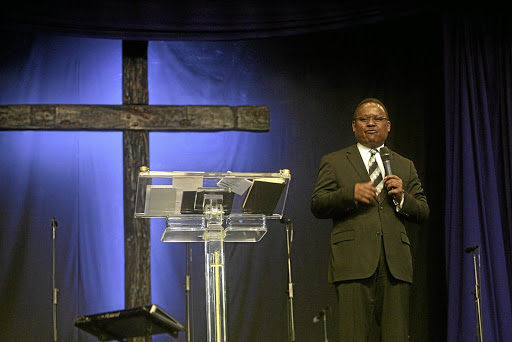 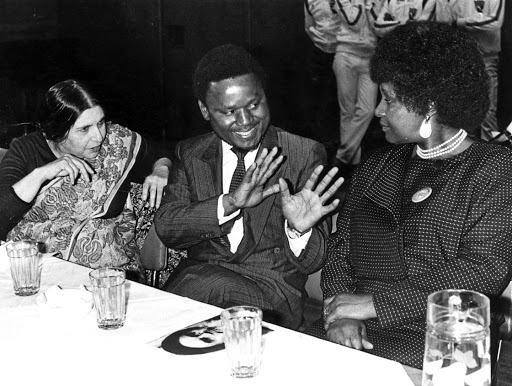 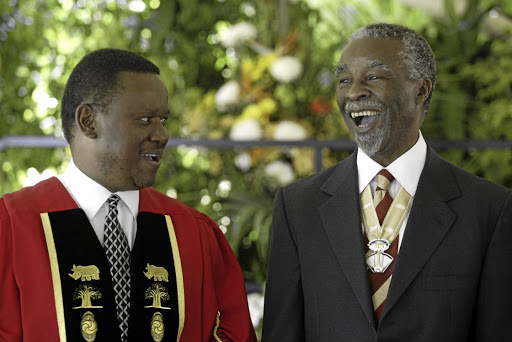 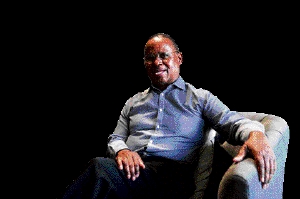 Following decades of fighting apartheid, holding ANC members to account and ensuring peace and stability in a democratic SA, Frank Chikane is now setting his eyes on healing the rest of the world.

The reverend will retire from his ministry at a Soweto-based AFM to be more involved in peace work all over the world. Among the countries he is expected to work in are Iraq, Nigeria, Congo and Cameroon.

"I am not retiring as a minister but as a pastor of a congregation and as a leader of my church internationally. I am still moderator of the churches commission on international affairs of the World Council of Churches. I'm dealing with conflict situations internationally."

Before joining government, he ran the South African Council of Churches in the 1980s and was also part of the United Democratic Front and a member of the ANC.

Time spent in detention, underground, on the altar and in government had created a void in Chikane's family life. Something he said is seeking to fix.

Reverend Frank Chikane is set to step down from the pulpit as the head of Apostolic Faith Mission (AFM) church in Naledi, Soweto, at the end of the ...
News
1 year ago

"My wife Kagiso carried the greater responsibility for the upbringing of the children after 1994 as I ended up, not only becoming director-general in the president's office and secretary of the cabinet, but assisted the president in running the country," he said.

With three sons with different political views Chikane said debates in his Midrand house can get heated.

"Because of the huge gaps between our children in terms of age, occasioned by my intermittent times in detention our boys constitute a team of three generations, from the ANC Youth League of Malema's time to the Fallists (FeesMustFall). This makes political debates in the family fiery, turning their mother and father into mediators."

"I enjoy good food and the family as a whole happens to consist of good cooks."

Back to politics, Chikane said it was during his time as SACC leader that churches started vigorously rising up against apartheid.

He ran the largest non-government institution, the SACC at a time when political parties such as the ANC were banned.

During apartheid the offices of the SACC were bombed by the security police, but that did not stop clerics from challenging the evil of apartheid system.

Chikane disagreed with the last apartheid president FW de Klerk's recent statement that apartheid was not a crime against humanity.

"It was declared by the United Nations as a crime against humanity. They killed lots of our people and tortured our people."

Chikane said church leaders had in the past agreed that the justification of apartheid was a heresy.

"We came to a point where we had to say this regime is illegitimate and that the theological justification thereof is a heresy."

If the evidence of Reverend Frank Chikane was anything to go by, the church was not a place of refuge even for men of the cloth during the days of ...
News
1 year ago

The theologians created a theology of blacks having being created in the image of God. "We spoke of psychological liberation, we had to free them (blacks) from their state of mind and let them believe that their colour is beautiful and that they are not inferior."

Chikane served two terms as a member of the ANC national executive committee. He said he was convinced by former president Nelson Mandela to join the new government.

"He said to me ... you are the only one among the comrades who has run a huge institution. But you don't want to help us reconstruct the country. That's the basis that made me accept."

Chikane, who left government shortly after Thabo Mbeki's resignation, said he was concerned with the state of the ANC after 2008.

"I have never belonged to a faction when I went into government. I never chose to work with Mbeki he was in exile and I was here. It was Madiba who said 'I want you in Mbeki's office because I am going to delegate', so Mbeki as deputy president ran the country during the time of Madiba."

Chikane said the first 10 years of the democratic government were pure hard work. "We had to make sure that all the state entities are realigned to use the resources to turn around the economy. That's why we reached 5.6% growth rate. It was not an accident."

After the death of Dr Neil Aggett in custody at the John Vorster Square police station in February 1982, political prisoners temporarily received ...
News
1 year ago

Chikane said despite public opinion his family was closer to the Zuma family than the Mbeki family in the past.

"We knew Zuma more than Mbeki. But if you deviate from what we fought for I am not with you. In the ANC if you stand for corruption and rob the nation and get paid peanuts to give away billions of monies that should be helping the poor, then I'm not with you."

He said he has warned his own party through various platforms that it will lose elections if corrupt leaders continued to emerge.

"This is not the ANC we know. I know OR Tambo's ANC. OR was a leader for 30 years and he helped us understand what we are fighting for."

Chikane said if the ANC allows itself to be ruled by corrupt leaders then the party is as good as dead.

"We must not be led by corrupt people... We cannot compromise on corruption."

He said ordinary South Africans held the solution to corruption.

"We need to mobilise them to make sure they never vote for corrupt people and that will put the fear of God in them. We are going to make sure that by the time we get to an election those who continue to protect corrupt leaders will never lead us again. We won't be led by criminals."

Chikane said the only regret he had was not solving the economic disparities in SA.

"Many of our people are still poor and in desperate situations. Those who control the economy kept it to themselves."

Still, Chikane maintains service delivery was evident even in the most remote parts of the country.

"We have electrical wires everywhere and a number of houses built. Where I realised that there is change was when I was in Bushbuckridge where the Chikanes come from and there was a funeral and I wanted to go to the toilet, they took me to a pit latrine and when I got in there was a globe there. When I saw that I thought to myself we have worked."

Former struggle stalwart Barbara Hogan, who was an underground ANC operative when it was banned during apartheid, on Wednesday testified about how ...
News
1 year ago

ANC stalwart Frank Chikane told the Zondo commission that had state capture continued, it would have resulted to a dictatorship 'controlled by a ...
News
1 year ago
Next Article