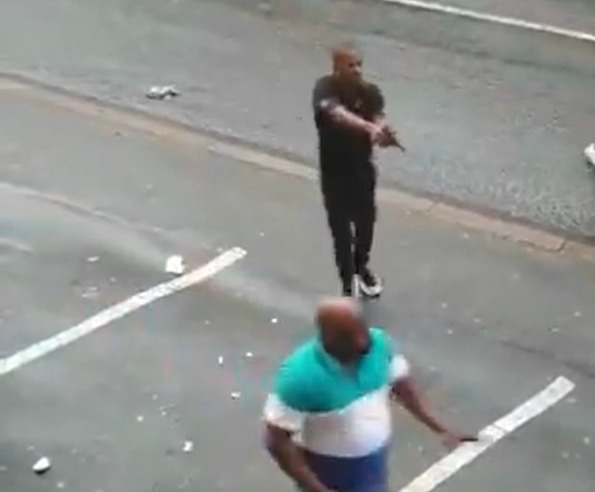 A screenshot from the video.
Image: Screenshot

The police are looking into an incident of public violence after footage of a brawl emerged on social media on Monday.

The video shows two groups of men in an argument where one of the men brandishes a firearm and fires a warning shot. He fires another shot a short while later.

The incident is understood to have occurred in Chatsworth, south of Durban.

[WATCH] An incident of gang violence, believed to have occurred in Chatsworth, south of Durban. Local police are understood to be looking into the matter. @TimesLIVE pic.twitter.com/q5owRWXZYs