Omotoso witness says she was recruited to Durban mission house 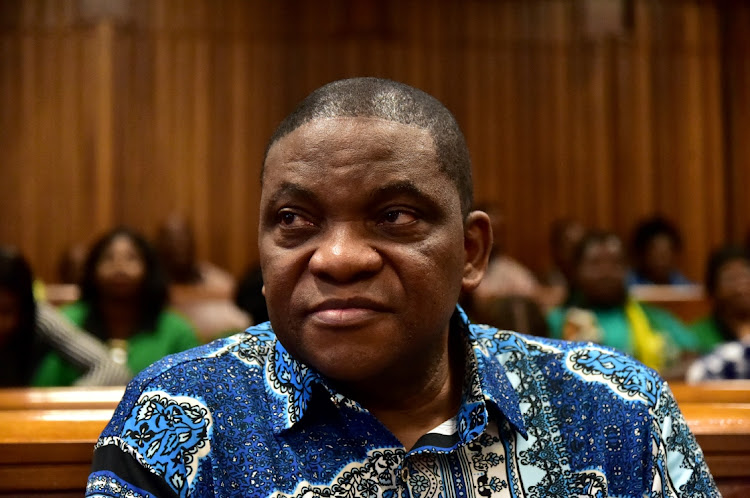 RAPE ACCUSED: Timothy Omotoso in the Port Elizabeth High Court on Monday. Omotoso and his two co-accused have pleaded not guilty to all the charges against them
Image: EUGENE COETZEE

The state’s first witness in the reopened trial of alleged sex-pest pastor Timothy Omotoso told the Port Elizabeth High Court on Monday that she was recruited to a mission house in Durban because it was her destiny.

After waiving her right to testify in a closed court, Andisiwe Dike, 30, detailed how her association with Omotoso’s Jesus Dominion International church led to her being recruited to Durban after a number of church crusades she had attended.

Naming Omotoso, his co-accused, Lusanda Sulani and Zukiswa Sitho, as well as other members of the church, Dike detailed how she had to, among other things, send SMSes to Omotoso pledging her allegiance to him.

Earlier in her testimony, Dike said it was her mother who introduced her to the church in 2014 while she was looking for work in Cape Town.

Before the lunchtime adjournment, Dike said in May 2016 she had received a number of calls from the secretary of the East London branch of the church, only identified as Khanyo, asking whether Dike  still wanted to go to the Durban mission house.

Omotoso and his co-accused, Lusanda Sulani and Zukiswa Sitho face 63 main and 34 alternative charges, ranging from sexual assault to human trafficking and rape.

The accused have all pleaded not guilty to all the charges.

The trial started from scratch  on Monday after the previous judge, Mandela Makaula, recused himself in March 2019, when it came to light that state witnesses had been accommodated at a guest house belonging to his wife.

First witness in Timothy Omotoso case waives right to testify in...
Next Article