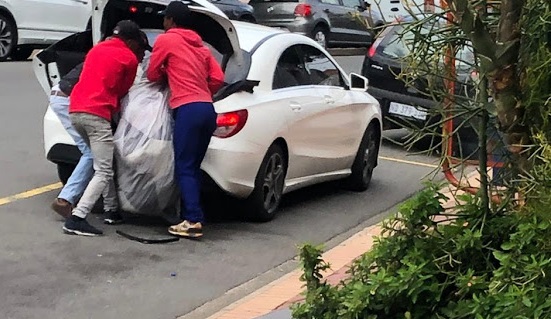 Armed robbers raided a clothing store in Durban's Musgrave Centre on Sunday, making off with bags of clothes.
Image: Supplied

Police are searching for a gun-toting gang which allegedly held up staff at a chain store in Durban's Musgrave Centre before escaping with bags of clothing on Sunday.

Police spokesperson Col Thembeka Mbele said a worker told police she and her colleagues were going about their duties when they were accosted by five men about midday.

“At gunpoint, the suspects ordered them to lie down, ransacked the store and removed clothing before fleeing.”

Mbele said a case of robbery was opened.

It is understood the men made off with their loot in a Mercedes-Benz CLA.

The centre has been targeted recently by robbers who raided other stores, including a jewellery shop.

A woman travelling in a white Porsche survived after allegedly being robbed and shot at in New Road, Midrand, on Sunday afternoon.
News
2 years ago
Next Article