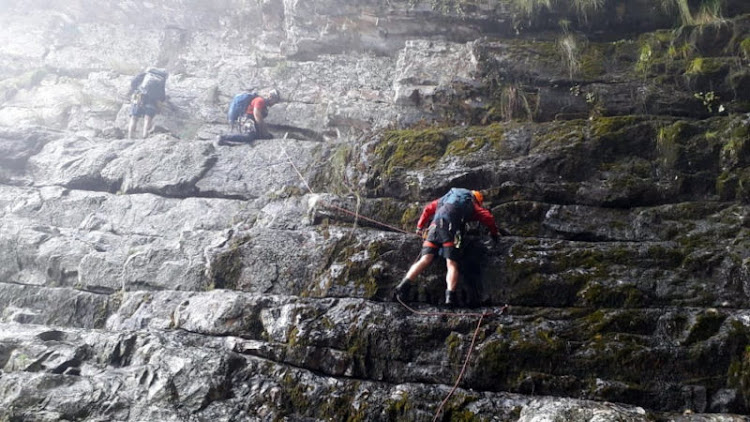 Three hikers who got disorientated and lost were brought to safety off Table Mountain early on Sunday after a 20-hour-long rescue operation.

The trio, two men and a woman aged 51 and 28, started hiking up the mountain at 4.30am on Saturday but six hours later called for help.

Wilderness Search and Rescue (WSAR) was activated after being told they had become disorientated by cloud cover that engulfed the top of the mountain.

A rough position of the hikers was determined after they were asked to take photographs of their surroundings and forward them to an incident commander.

A command centre was set up at the lower cableway station and a rescue team set off.

A growing mountain of evidence is stacking up between Blessing Bveni and freedom.
News
2 years ago

Voice contact was made with the party, stuck on a path on the western side of the mountain, and a second team was dispatched to abseil down and get closer. The weather deteriorated with rain and poor visibility ruling out extraction by helicopter.

“The second team began securing anchor points at a new position, and when they managed to obtain voice contact with the hikers, it was learnt that much longer rope and hauling systems were required. A third team was then dispatched to carry additional technical equipment to the point at which the hauling system was being set up,” WSAR said in a statement.

“As a result of the extreme conditions and the fact that the cableway and rescue helicopter could not be used, it was apparent that the rescue effort was going to be quite an extended one. This lasted through the night and at 6.45am on Sunday the three hikers and more than 20 rescuers were safely off the mountain.”

Two athletes who drowned while on a hiking trip swam in a natural pool that most hikers avoided.
News
2 years ago
Next Article