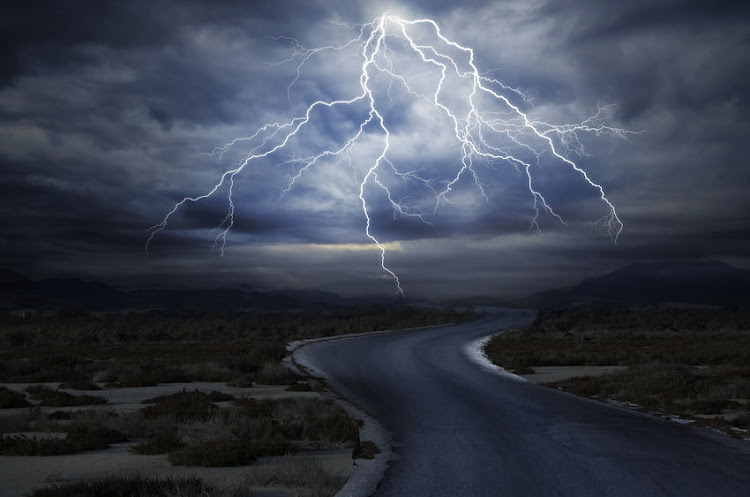 The pupil was struck by lightning while walking home with classmates. Stock photo.
Image: 123RF/sondem

Gauteng education department officials will on Monday be visiting schools to offer counselling after the deaths of two pupils and to investigate “despicable” video footage of fighting at two high schools.

A grade 5 pupil from a primary school in Diepsloot was killed after being struck by lightning on Friday while she was walking home with classmates in the afternoon, education MEC Panyaza Lesufi said in a statement on Saturday.

And on the same day a grade 3 pupil from Zenzeleni Primary School In Alexandra died in his sleep at home after a short illness.

“We wish to send our heartfelt condolences to both families, friends and the school community, during this time of grief. Indeed this is emotionally draining, however we will soldier on” said Lesufi.

The department said a team would be despatched on Monday to visit the schools to offer the necessary support and counselling.

A Mpumalanga mother watched helplessly as her daughter was crushed by a tree during a storm that hit Emalahleni earlier this week.
News
2 years ago

“In footage from Randfontein a learner is seen kicked badly while helplessly lying down on the ground,” said the department.

“Our officials will on Monday … visit both schools to investigate the circumstances surrounding these despicable incidents and necessary decisive action will be taken accordingly. We will not tolerate such ill-discipline in our environment.”

In another development, about 16 pupils from Vusisizwe Primary School in Zola, Soweto, were rushed to a clinic after eating “expired sweets”.

They became sick from “consuming sweets bought from a vendor at school. All learners were medically attended to and later discharged, the last two learners were released at about 9pm,” said the department.

KZN mother and child crushed as home collapses during storm

A mother and her child were crushed to death when their house collapsed during a storm in Mtubatuba, northern KwaZulu-Natal, on Wednesday night.
News
2 years ago

SowetanLIVE reported on Friday that a grade 10 pupil was stabbed to death by another, a teacher was filmed assaulting a pupil and 39 pupils were hospitalised due to suspected poisoning, all in one week.

Lesufi said on Friday he had learnt, “with a heavy heart”, of the death of a 14-year-old boy from Freedom Park Secondary School.

“It is alleged that the boy was stabbed by another learner on Thursday, after school near their homes. Both learners are in grade 10. The suspect is on the run.”

They had complained about stomach pains while others were vomiting after eating “space cakes” on Thursday.

Lightning has claimed the lives of two people in KwaZulu-Natal - including a matriculant on Christmas Day.
News
2 years ago

Four people were killed during severe thunderstorms that struck northern KwaZulu-Natal during the weekend.
News
2 years ago

Man dies after being struck by lightning during marathon

Family mourns the death of 33-year old Kansas runner, Thomas Stanely who was struck by lightning during a 50k race on Saturday.
News
2 years ago
Next Article