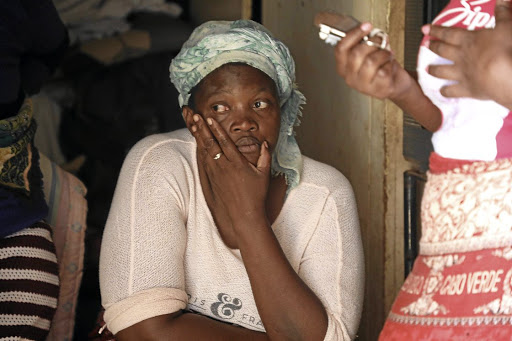 AN ANC member was shot and killed after chaos erupted at a community gathering in Vereeniging on Wednesday night.

Cindy Mhlongo, 33, was shot in the back of her head with the bullet exiting through her mouth during a meeting in which the ANC's Elijah Barayi branch introduced candidates that are expected to contest the upcoming local government elections in Rustervaal, south of Johannesburg.

Nokufa Mnguni, 47, Mhlongo's friend who was present when she was shot, said the mother of three was hit by a stray bullet that was fired by a disgruntled community member in the local hall were the meeting was held.

"The ANC was introducing the nominees who would contest for leadership roles for the by-elections. Some of the community members were not happy with the people who were chosen as nominees and that's when chaos started," she said.

Mnguni explained that chaos erupted after one of the nominees was called onto the stage to answer questions from the community.

"The coloureds in the area don't like him and called him a kaffir and started throwing chairs at him and wanted the meeting to be dissolved. They even switched off the lights to create further chaos," Mnguni said.

She said the crowd went outside after the chaos but were left startled when they heard several gunshots.

Slain ANC member Sindisiwe Ndlovu - allegedly gunned down by her boyfriend this week - was to be laid to rest in her KZN midlands hometown on ...
News
1 year ago

A member of the ANC's provincial executive committee (PEC) in KZN was allegedly shot and killed by her boyfriend in Cramond, west of Durban, on ...
News
1 year ago

"We didn't know what was happening because it was dark. We heard the gunshots and we ran around. I heard that someone was shot and when I went to see who it was, I realised that it was Cindy," she said.

Madoda Mkhombeni, 52, the branch chair, said he was disappointed with how events unfolded at the meeting.

"They threw chairs at me when it was my turn to answer questions about what I would do for the community if I was elected. The same faction accused me of being a tribalist and even called me a kaffir," he said. "They switched off the lights in the hall and fired shots from outside. I think they wanted to kill me but shot to the wrong person," he said.

Mhlongo's aunt Patricia Gumede, 47, said the family wanted the person behind the murder to feel the full wrath of the law.

"How can they have a meeting and someone brings a gun? What sort of a meeting is this? Cindy was not a thug. She was a card-carrying ANC member who devoted her time to the party and her children."

Gumede said she saw Mhlongo moments before the shooting because she attended the meeting as well.

"We are hurt because whoever shot her left her kids without a mother. Her youngest child, who is a year and three months old, is very sickly. She underwent a heart surgery recently. We don't know how we're going to take care of the children," she said.

Police spokesperson Cpt Teboho Lephoto said no arrests have been made.