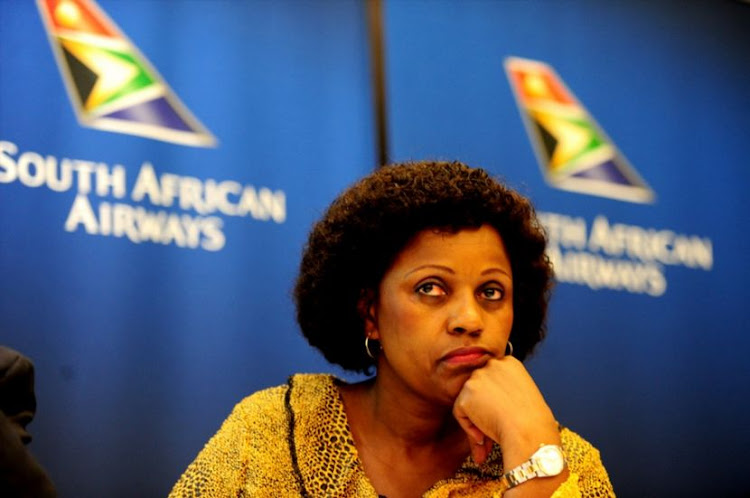 Former SAA board chairperson Dudu Myeni told the North Gauteng High Court that former president Jacob Zuma played no role in her appointment on the board of the state owned airline.

Myeni is on the stand today in her defence in the Palace of Justice in Pretoria as OUTA and SAA Pilots Association (SAAPA) want the court to declare her a delinquent director for the rest of her life for allegedly playing a role in plunging the national airliner into financial chaos during her six year term as board chairperson.

Myeni, who's evidence is being led by her lawyer Nqabayethu Buthelezi, told the court that Zuma only found out when her name was read out in a cabinet meeting as one of those recommended by former public enterprises minister Barbara Hogan to serve on the SAA's board.

There's allegations that Myeni got the position of SAA board chairperson due to her closeness to Zuma who was president of both the ANC and the country at the time. Myeni said she remembers speaking to Zuma, more than a decade ago, on matters related to the Jacob Zuma Foundation for which she's chairperson and was asked if her other name was Cynthia.

She said Zuma told her that she heard the name "Duduzile Cynthia Myeni" being read out during a cabinet meeting as one of the names recommended by Hogan to serve on SAA's board.

Former employees of the SAA, including former executives, who've already taken the stand have blamed Myeni for some of the decisions which led to the airline losing millions in revenue. The matter is underway.

The Zondo commission of inquiry into state capture on Tuesday morning heard how R2.3m, siphoned from Umhlathuze Water, was laundered in 2015 using ...
News
1 year ago

The Zondo commission of inquiry heard on Wednesday that security vetting of SAA senior management in 2016 was so "personal" there were fears that it ...
News
1 year ago

The state capture commission heard on Monday how former Mhlathuze Water board chairperson Dudu Myeni was close to a "Mr X"‚ whose company was ...
News
1 year ago
Next Article