SA one of African countries 'most at risk of importing coronavirus' 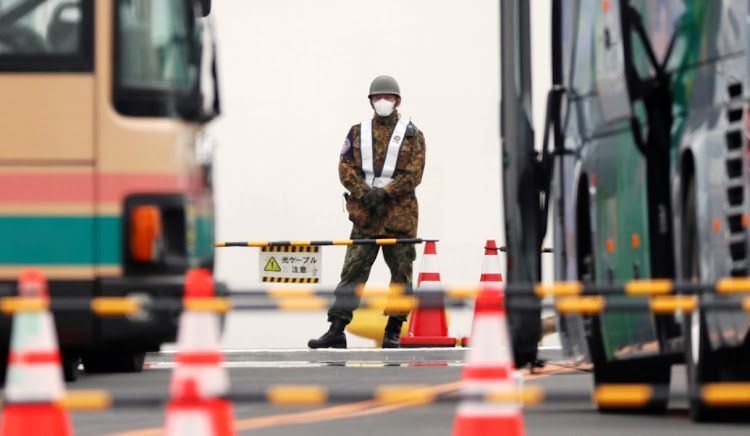 SA is one of three African countries at greatest risk of importing coronavirus from China, according to a modelling study published on Wednesday in The Lancet.

The other countries are Algeria and Egypt. Egypt has confirmed the first coronavirus case on the continent last Friday.

China is Africa’s biggest commercial partner and there is significant travel between the nation and the continent, said the authors of the paper.

They estimated the risk of African countries’ capacity to detect and respond to cases based on two WHO indicators: preparedness and vulnerability.

SA, Egypt and Algeria were at the highest risk of importing a COVID-19 case from China, but had moderate to high preparedness and low vulnerability.

Overall, the risk of imported cases of COVID-19 reaching Africa (1%) is lower than that of Europe (11%) because of reduced travel to and from China.

Study author Vittoria Colizza, from the Sorbonne University in Paris, said measures to prevent importing cases from China have already been implemented in many African countries.

However, limiting and controlling transmission after importation requires additional measures, which in turn depended on technical and operational expertise and resources in health systems.

“African countries have recently strengthened their preparedness, including airport surveillance, temperature screening at ports of entry, recommendations to avoid travel to China, and improved health information provided to health professionals and the general public. However, some countries remain ill-equipped,” said Colizza.

“While almost three-quarters of all African countries have an influenza pandemic preparedness plan, most are outdated and considered inadequate to deal with a global pandemic.”

Passengers on the virus-hit cruise ship moored near Tokyo began disembarking on Wednesday, television footage showed, after a controversial two-week ...
News
2 years ago

With only SA and Senegal equipped to conduct rapid COVID-19 tests, it was essential to expand the diagnostic capacity of hospital laboratories near infectious disease and emergency departments.

The authors grouped the at-risk African countries by the Chinese provinces that could potentially lead to the cases being imported. Cluster number 1 (18 countries, including SA) was highly exposed to Beijing, and moderately exposed to Guangdong province and Shanghai.

On Thursday, mainland China reported the lowest number of confirmed cases of the new coronavirus since late January, partly because of a change in diagnostic criteria for patients in Hubei province, the epicentre of the outbreak.

China had 394 new confirmed cases on Wednesday, the National Health Commission said, sharply down from 1,749 cases a day earlier and the lowest since January 23.

That brings the total accumulated number of confirmed cases in mainland China to 74,576.