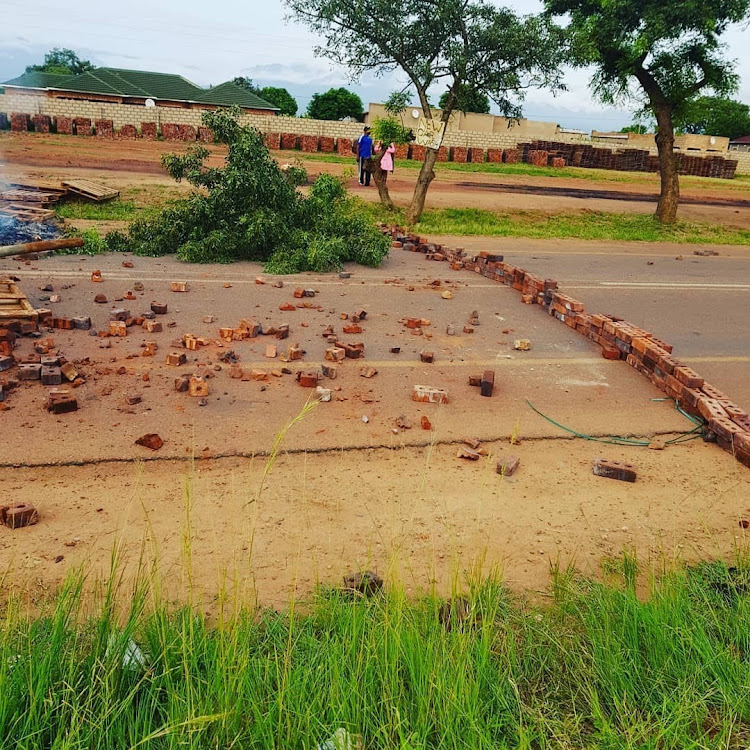 Residents in Barberton have gone on a rampage
Image: Mandla Khoza

The community of Barberton in Mpumalanga have gone on rampage again, barricading roads demanding services and the reversal of the incorporation of the Umjindi local municipality into the City of Mbombela.

The mining town which once hosted the stock exchange is today engulfed in poverty and high unemployment. The community believes that their municipality's incorporation into Mbombela has negatively impacted on service delivery.

They also ask why deputy president David Mabuza, who is also a resident in the town, has water while the rest of the community doesn’t.

“The centre of the protest is that we want the former Unjindi local municipality to be brought back. Before we were placed under the Mbombela municipality we had services with our small municipality but now we are being ignored, including for job opportunities. The local mines also do not employ locals,” said community spokesperson, Mandla Mamba.

“On the issue of us having the deputy president here, and he has water while we don’t is something we want you the media to ask him about. Ask him how does he feel that his community has no water but he has water at his house,” said Mamba.

Spokesperson of the department of cooperative governance and traditional affairs, George Mthethwa, told Sowetan that when the MEC was to report back to the community on their demands the protest went violent.

“As we speak we are here in Barberton and the MEC (Mandla Msibi) was suppose to address the community over their demands but the protest went violent and he had to wait and see if it’s fine to speak to them or not. But last week when he met them they were told to make a submission to the municipal demarcation board which we were to also report on today,” said Mthethwa.

About five communities in Mpumalanga are currently in the middle of protests that went violent. One person died at Langeloop village outside Malalane on Tuesday after police had shot at the crowd which was on the rampage, burning the community library along the way.

In Bushbuckridge, the key commercial and tourism road, R40 to Phalaborwa in Limpopo, was closed as community members blocked with rocks and hijacked trucks.

Students at South Cape TVET College and Orbit College have refused to continue with classes until their grievances are heard.
News
2 years ago

Protests and 'threats' force Eskom to suspend work in Butterworth

Eskom in the Eastern Cape has suspended operations in and around Butterworth after employees were threatened and insulted for working while the town ...
News
2 years ago

One person dies as police use 'live' ammunition to disperse protesters

One community member has died after police fired what is believed to have been live ammunition during a service delivery protest at Langeloop ...
News
2 years ago
Next Article