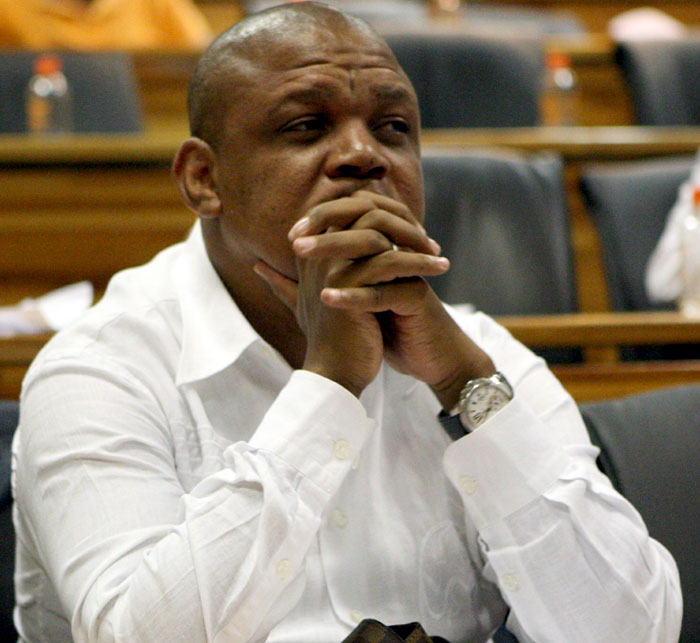 The ANC has ordered its parliamentary caucus to investigate if the utterances of some of its MPs on Tuesday violated party rules and guidelines by trivialising gender-based violence to score political points, according to ANC national spokesperson Pule Mabe.

ANC deputy chief whip Doris Dlakude admitted that they congratulated Mamabolo for "dislodging the president of the EFF but we have never caucused about anyone attacking anyone on GBV or personally".

ANC MP Boy Mamabolo has dug in his heels and refused to retract the accusations of abuse he made against his one-time friend and homeboy Julius ...
News
1 year ago

Allegations of domestic abuse flew in parliament on Tuesday, before EFF leader Julius Malema led his party out of the House following an explosive ...
News
1 year ago

Mabe said yesterday they expected all their MPs to refrain from using GBV for cheap publicity stunts.

"The ANC also believes that public representatives, regardless of their political affiliation, have a moral duty to act in a responsible manner primarily around their articulations on an emotive subject like gender-based violence.

"The ANC further calls on relevant committees in parliament to enforce the use of appropriate language and acceptable conduct from among all members of parliament."

The saga at the State of the Nation Address debate has sparked outrage among anti-women abuse activists and other sectors of society, who have accused MPs of trivialising a serious issue that directly affected the lives of women while putting real socio-economic issues on the back burner.