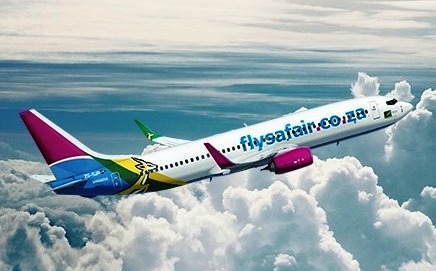 It was every airline passenger's worst nightmare. Fifteen minutes after taking off from Cape Town on their way to Durban, 134 passengers heard two loud thuds.

Oxygen masks dropped as the crew of the FlySafair Boeing 737-400 broadcast a Mayday and executed a hard right turn above Montagu on their way back to Cape Town.

Six minutes of quiet terror followed as the plane descended at 60 feet a second from 31,000ft. Then the captain spoke again: "Flight attendants, resume your duties."

The drama is related in a Civil Aviation Authority (SACAA) report into the emergency, which happened 15 minutes after the aircraft took off from Cape Town, at 6.10pm on August 20 last year.

Due to the failure of the pressure seal around a cargo door, the cabin of the plane suffered rapid decompression.

After the two thuds from the rear of the airplane, "the pressurisation gauge indicated a gradual climb in the cabin altitude, and a few seconds later it became uncontrollable", said the report.

"The aircraft was cleared for an unrestricted descent, with no conflicting traffic. The oxygen masks deployed automatically in the cabin and both cockpit crew members fitted their oxygen masks. An uneventful landing was executed."

Part of the seal was found protruding from the aft cargo door and an 84cm section of it was missing - "probably sucked out during the flight".

Part of the ceiling in the hold had collapsed due to loss of pressure. 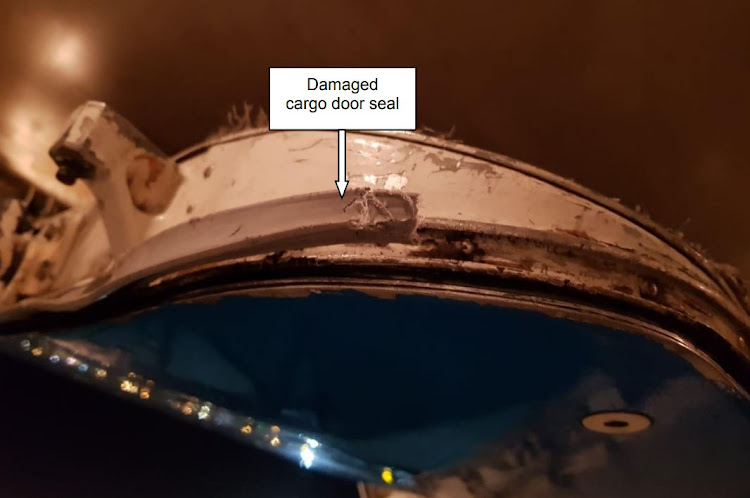 Fortunately it ended with a safe landing and no injuries - and numerous lessons learned.

As a result of the incident, FlySafair inspected cargo door pressure seals on all its aircraft, implemented a system of daily and weekly inspections, and decided to replace the seals regularly.

The airline also gave new instructions to its baggage-handling company about how the cargo doors should be closed and about ensuring cargo nets in the hold were correctly fitted and secured. The route followed by the FlySafair Boeing 737-400 on August 20 2019. The blue line shows the takeoff, followed by the emergency right-hand turn over Montagu. The line changes to red when the pilots change to an emergency radio frequency.
Image: CAA

"The failure of the pressure seal was most likely attributed to manhandling of the door during cargo/baggage handling," said the SACAA incident report, which was posted on Tuesday on the authority's website.

FlySafair's head of sales, Kirby Gordon, said after the incident: "Nobody aboard required any medical assistance after landing. 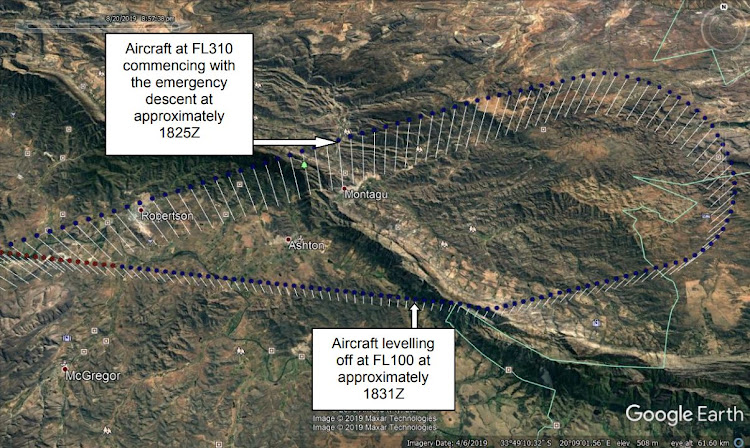 An illustration from the CAA investigation report, depicting the FlySafair Boeing 737-400's emergency six-minute descent from 31,000ft to 10,000ft, after which it returned to Cape Town.
Image: CAA

"Naturally, an occurrence such as this can be very upsetting to those on board. Customers were met by our ground teams, who were there to see to the needs of all.

"FlySafair immediately dispatched a standby aircraft to pick up the flight for those seeking to continue on to Durban, which most customers chose to do.

"The airline has also made counsellors available to any customers seeking to speak to someone professional regarding their experience." 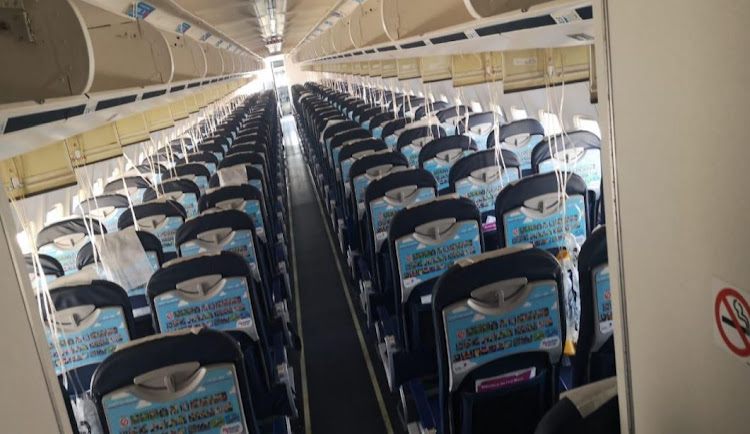 Oxygen masks dangle in the cabin of the FlySafair Boeing 737-400 after it landed safely at Cape Town International Airport in August 2019.
Image: FlySafair
Next Article