One person dies as police use 'live' ammunition to disperse protesters 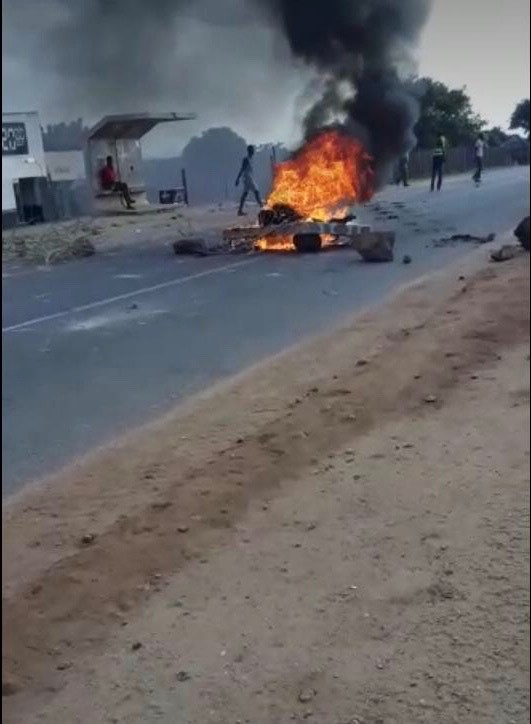 One community member has died after police fired what is believed to have been live ammunition during a service delivery protest at Langeloop village outside Malalane on Tuesday.

The protest which started on Monday turned violent on Tuesday morning, leading to police taking stronger measures to disperse the crowd which had blockaded the main road.

The community wants water, a tarred roads, employment for youth, a fully staffed clinic with proper pharmacy and the removal of an ANC councillor who they labeled as “old” and replace him with a younger person.

The protesters who had waited for the Nkomazi municipality leadership to address them over their demands directed their frustration to the community library which they burnt down but were stopped in their tracks by the police as the community members were going for the clinic and a local high school.

Community spokesperson Sipho Sibiya told Sowetan that they didn’t anticipate violence but some people turned violent and torched the library.

“We can confirm that one community member succumbed to the wounds and passed away after police fired live ammunition towards the protesters," Sibiya said.

"We condemn the conduct of the police and believe that the situation was not violent when the police arrived. It did not warrant the use of live ammunition..

The police arrived and started shooting at protesters without engaging them or giving them a warning to retreat."

Mpumalanga police spokesperson Brig Leonard Hlathi told Sowetan: “I’m still verifying the information about t the death of an individual from the community. For now I can confirm that we arrested a number of community members."

Hlathi further said a police station commander was injured when a man holding a chainsaw tried to cut his stomach.

The high court granted an urgent application on Monday in favour of the city of Cape Town against refugees and asylum seekers camped in and around ...
News
1 year ago

Municipal offices in Mamelodi West, east of Pretoria, have been forced to shut down for two days due to protests by residents of a local informal ...
News
1 year ago

“The member had to fight for his life with his bare hands and he was injured in the hands,” said Hlathi.

Spokesperson of the Nkomazi local municipality, Cyril Ripinga, condemned the violence and told Sowetan they were shocked that a community member died.

“As the municipality last night (Monday) we installed the pump which had broken down twice after loadshedding and the community had water when thy woke up today (Tuesday). The community therefore gave us a memorandum which included schools, clinics and community hall, but some issues are not in our competency [as the municipality].

"We are also shocked about the death of the community members and condemned the burning of a library which is something they already had and now they are without a library,” said Ripinga.

The community of Langeloop outside Malalane in Mpumalanga have gone on rampage barricading roads with burning tyres and tree branches demanding ...
News
1 year ago
Next Article