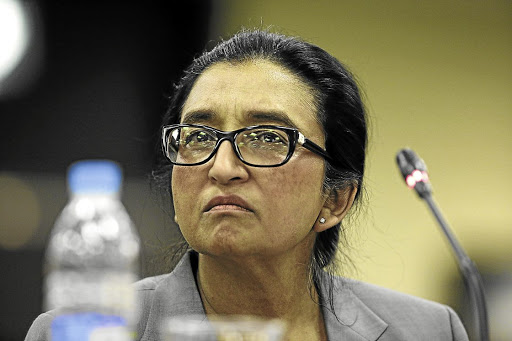 Judge Dhaya Pillay has been under attack. / Raymond Preston.

The office of the chief justice has "noted with concern" the "attack" on judge Dhaya Pillay after she issued a warrant of arrest for former president Jacob Zuma.

In a statement on Saturday, the office said the bench was aware of various statements made against Pillay in public and in the media.

These, "in our view, seek to intimidate judicial officers and interfere with the administration of justice".

KZN acting judge president, Mjabuliseni Madondo, said Pillay had assured him that corruption accusations levelled against her were untrue.

Pillay came under fire after she issued the warrant for Zuma when he failed to appear at the Pietermaritzburg high court on February 4 for his corruption trial.

Warrant of arrest was issued for Zuma out of hatred, says son Edward

The ANC Youth League in KwaZulu-Natal has become the latest formation to come out in support of former president Jacob Zuma after the issuing of a ...
News
2 years ago

Zuma's legal team presented a sick note from a military hospital. Pillay dismissed it due to discrepancies, such as the alteration of dates on the note.

The warrant will be executed only if Zuma does not appear in court on May 6.

"Those who oppose the outcome of these proceedings have sought to challenge the court order using avenues other than those provided for in law," the statement said. "They have attacked judge Pillay by making baseless allegations of corruption and working in cahoots with certain influential individuals to pursue political agendas against the former president, Mr Zuma.

"It falls entirely within the discretion of a judge in a particular matter, depending on the circumstances and facts of such a matter, to issue the warrant of arrest outrightly or to stay it for a certain period.

".there are legal processes or procedures available to the aggrieved person, rather than vicious public attacks on the judiciary which have an effect of eroding public confidence in the judiciary."