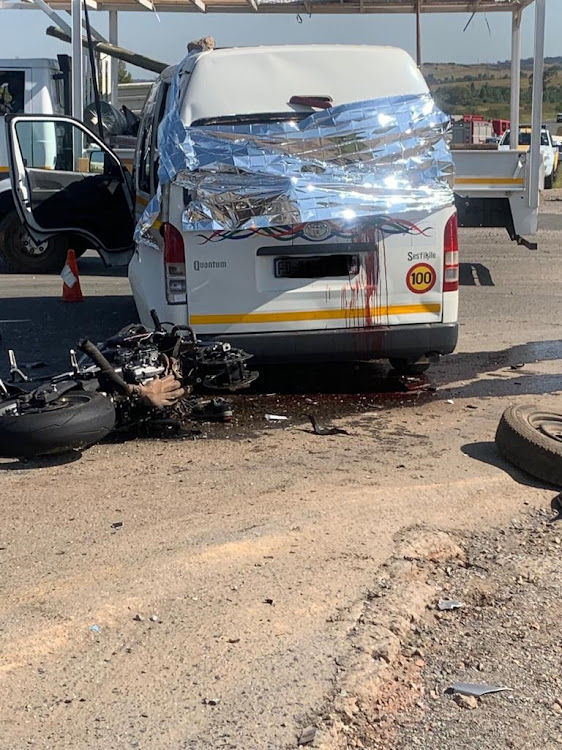 Gauteng education begins this week on  a sad note with yet another  death of two pupils. This sadly brings the pupils who have died in the province to 16 since the beginning of the year.

By 9am, two pupils were still trapped in the wreckage.

The accident happened when the taxi collided with a bike in Olifantsfontein, outside Tembisa.

The biker is still trapped.

On Monday morning, education spokesperson Steve Mabona said a taxi transporting pupils was involved in an accident and sadly, two pupils died, while 19 pupils have been rushed to Tembisa Hospital.

Education MEC Panyaza Lesufi is on his way to the scene.

Last week, during the memorial service of Kelebogile Molopyane, 16, a grade 10 pupil who died after allegedly falling from the second floor at Ferndale High School in  Johannesburg, Lesufi said the deaths of pupils were taking an emotional toll on him.

He said he was devastated and had run out of words to comfort families.

It was the harrowing screams that rang out at 9.30am at Ferndale High School on Tuesday that alerted teachers and the school principal that tragedy ...
News
1 year ago

“We are getting there,” said a grade 10 teacher at Ferndale High School when Gauteng education MEC Panyaza Lesufi asked on Wednesday how pupils were ...
News
1 year ago
Next Article