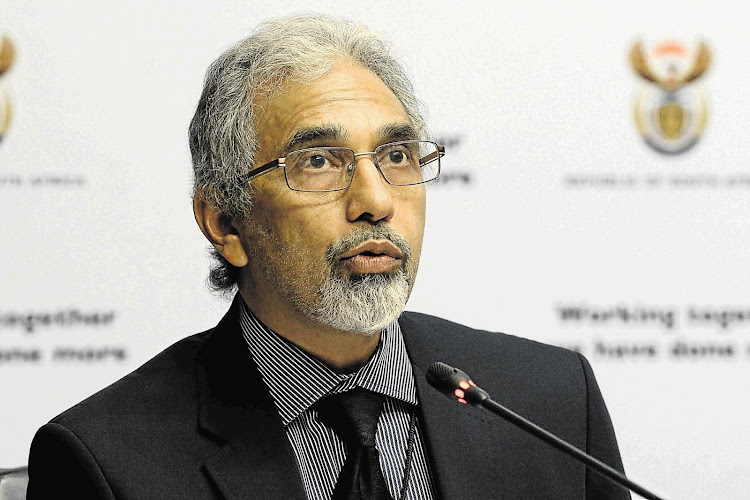 Former Sars deputy commissioner Ivan Pillay has welcomed the NDPP's decision to withdraw the charges against him and his two co-accused.
Image: GCIS

Former SA Revenue Services (Sars) employees who were implicated in the so-called rogue unit on Monday welcomed the decision to withdraw the charges against them.

The charges against Ivan Pillay, Andries Janse van Rensburg and Johann van Loggerenberg were officially withdrawn in the high court in Pretoria on Monday.

The three had faced various charges, including that they had set up an illegal unit within Sars — the “rogue unit” — to spy on taxpayers. Pillay and Van Loggerenberg had also been charged with contravention of the Prevention and Combating of Corrupt Activities Act.

“As private citizens, our clients will continue to work with civil society to combat illicit money flows and to restore integrity to state institutions,” the law firm said.

Freedom Under Law has welcomed the dropping of charges against three former Sars employees in the so-called “rogue unit” case.
News
2 years ago

The charges against them were laid in 2015 and the three were served with criminal summonses on March 8 2018. Their trial faced numerous delays because of disputes relating to access to the docket and these issues were only resolved in February 2019.

After submitting thousands of pages of representations in October 2019, the office of the NDPP, advocate Shamila Batohi, last week announced it was withdrawing the charge, citing a lack of evidence.

“After a careful assessment of the evidence and other relevant material, the unanimous conclusion of the panel in respect of all counts is that there are no reasonable prospects of a successful prosecution. The panel recommends that all charges against the accused be withdrawn,” Batohi’s office said in a statement.

The three former accused, who have battled this case for years on end, said they would be prepared to do so again should the need arise.

“Our clients remain resolute to challenge any legal proceedings against them through the channels and in the manner provided for in the constitution and general law,” Werkmens said.