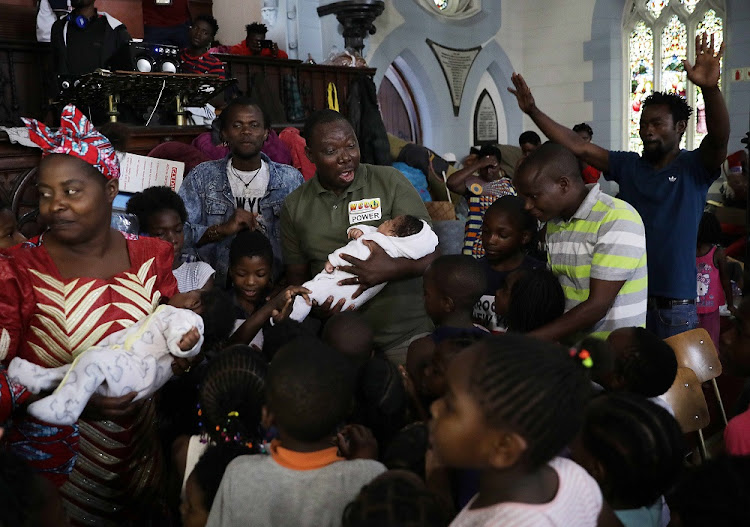 The high court granted an urgent application on Monday in favour of the city of Cape Town against refugees and asylum seekers camped in and around the Central Methodist Mission church.

The ruling gives the city and the department of home affairs seven days to process the foreign nationals according to the Immigration Act, after which the city will be allowed to enforce its bylaws.

A large group of refugees - more than 1,000 - has been camped inside and around the Central Methodist Mission in Greenmarket Square in the city centre since the church opened its doors to them in November.

This followed their eviction from the Waldorf Arcade building housing the UN High Commission for Refugees, where they had camped since October during a sit-in protest against the treatment of refugees in South Africa.

It followed months of tension between foreign nationals and South Africans.

The SA Human Rights Commission is withdrawing its assistance to a group of refugees occupying the Central Methodist Mission on Greenmarket Square, ...
News
1 year ago

"There are two narratives that underpinned the developments around some foreign nationals living in South Africa in late 2019," reads Monday's judgment.

"The first was that some foreign nationals were behind the unlawful drug trade, child trafficking, forced prostitution, building hijackings and general unlawfulness in the country, and these criminals were taking over authority in the streets and some settlement areas of the republic."

The second narrative, said the judgment, was that businesses run by foreign nationals sold illegal and counterfeit or expired goods that "destroyed" the economy.

Acting judge Daniel Thulare said that mass protests following the killing of taxi driver Jabu Baloyi, allegedly by a foreign citizen linked to the drug underworld, and attacks on foreign nationals led to a situation that "veered to the verges of profound moral, ethical and political crisis".

The court order interdicts the refugees from making fires, doing washing, urinating, defecating and staying overnight on the streets and sidewalks around the church.

They may also not occupy any structures in the space around the affected area.

The City of Cape Town will know in three weeks if it can enforce its own by-laws against a group of refugees camped on pavements in the city centre.
News
1 year ago

The City of Cape Town sent two minibuses to Greenmarket Square on Monday to return refugees to where they lived before settling at the Central ...
News
1 year ago
Next Article