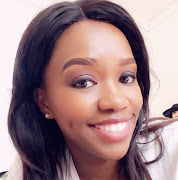 The Independent Police Investigative Directorate has confirmed that Samantha Mathane was shot and killed by a police officer.

This comes after IPID spokesperson Sontaga Seisa confirmed to Sowetan that they received a report indicating that the firearm that was used during the shooting belonged to the police officer.

“We indeed received the report with regard to the identification of the firearm that it belonged to a police member. However, at this stage the name of the officer cannot be published. Our investigation is ongoing,” Seisa said.

Family members and residents in Alexandra maintained that Mathane was shot by a police officer who was in pursuit of  suspected hijackers in the north Johannesburg township in January.

Mathane was only married for a month when she was struck by a bullet on January 15.

The 29-year-old had just returned from work when she was caught in the crossfire between the police and alleged hijackers.

She died just a few metres from her home.

The suspects had allegedly hijacked an Audi at a Gautrain station earlier in the morning, according to the police.