Thugs shoot police officer in the head for gun and phones 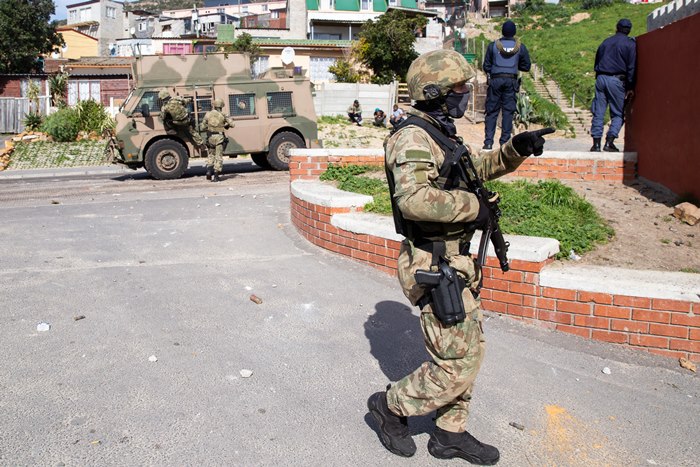 A member of the special task force during an operation in Hangberg, Hout Bay, in August 2018.
Image: Ashraf Hendricks/GroundUp

The man, a warrant officer, was shot in the head after the suspects demanded he hand over his firearm.

It is understood the men repeatedly asked the victim and his girlfriend for his firearm. When he told them he did not keep it at home, one of the suspects shot him in the head.

The men then stole three cellphones and two TVs before fleeing in a silver Toyota Avanza.

The police officer was taken to hospital in a private vehicle, but he died on arrival.

It is understood the Hawks are investigating the murder.

The man whose nephew was shot by Cartrack recovery crew who thought he was a thief, has broken his silence on what actually happened before the ...
News
2 years ago

Allyn McPherson's life was defined over 47 years by the presence of her husband Ian.
News
2 years ago
Next Article