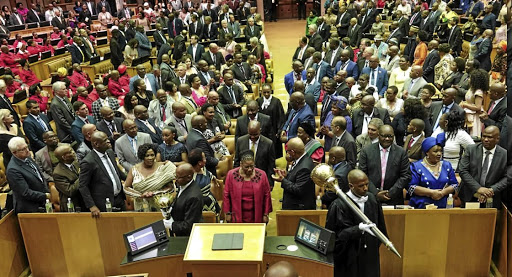 Parliament had to suspend proceedings temporarily for about 15 minutes before Ramaphosa could deliver his State of the Nation Address (Sona).

After the resumption of proceedings, EFF MPs who had raised objections to former president FW de Klerk's presence at Sona and asked for public enterprises minister Pravin Gordhan to be sacked, left the chamber.

Party leaders in the National Assembly then took turns lambasting the EFF for the disruptions and demanded that parliament institute disciplinary proceedings against them.

All political parties agreed that action be taken against the EFF.

ANC chief whip Pemmy Majodina said: "We have to amend these rules further. We cannot allow people to cause disorder for an hour. This is rather too much. "These member must be summoned to the powers and privileges [committee] and account for what they have done.

The NFP's Ahmed Shaik Emam said the behaviour was premeditated.

"This is a deliberate act of criminality because they pronounced through the media that they would come here and disrupt this sitting. I want to urge you, madame speaker, that there needs to be consequences for such actions."

The UDM's Nqabayomzi Kwankwa said: "We can't find expression as the UDM to explain how we are feeling .We're are gatvol."

The suspension of the sitting came after disruptions by EFF MPs who raised objections to De Klerk's presence. De Klerk has attended many of the previous events.

National Assembly speaker Thandi Modise and National Council of Provinces chairperson Amos Masondo ordered the temporary suspension of the House amid EFF MPs' interjections before Ramaphosa could take the podium.

Modise and Masondo had to reject countless points of order by EFF members who defiantly took the stand to delay Ramaphosa's speech.

EFF leader Julius Malema was the first to question why Modise had extended an invitation to De Klerk.

Malema called for De Klerk to leave parliament as he was a president who had presided over an apartheid government.

"Honourable speaker, we have a murderer in the House.

"A man who has blood of innocent people . It is incorrect for you to have extended an invitation to De Klerk because he is a murderer with blood on his hands," Malema said.

"The people of Boipatong are turning in their graves. De Klerk said apartheid was not a crime against humanity. He is unrepentant . It is an insult to those who died and were tortured under the instruction of De Klerk to have him sitting in a democratic parliament. Please, request De Klerk to leave because he does not belong to this House."

However, Modise ruled that Malema and the EFF's requests could not be entertained. She said it was parliament's tradition to invite former presidents to the Sona.

Former IFP leader Mangosuthu Buthelezi called for a vote in the assembly to break the impasse.

Modise then had to contend with new calls for Gordhan to be fired from the cabinet before Ramaphosa could speak.

The EFF had since last week threatened to disrupt Ramaphosa's speech. 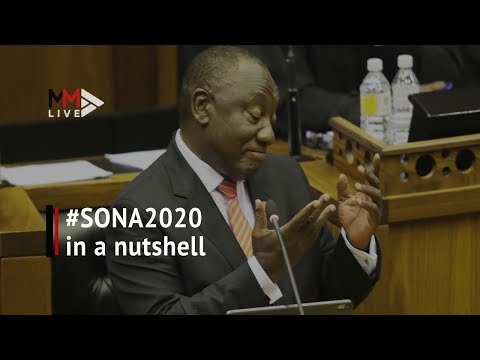