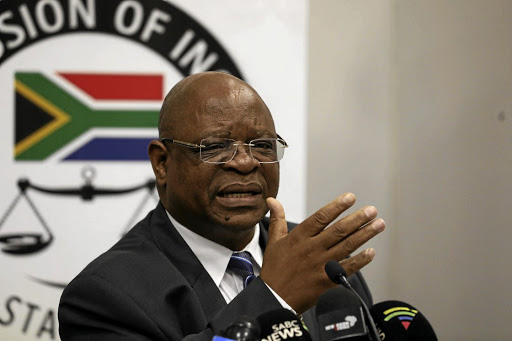 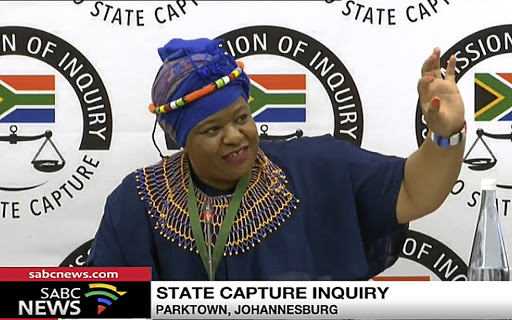 A second after chair, deputy justice Raymond Zondo adjourned a hearing of the state capture for a tea-break a jubilant Lindelwa Mbanjwa broke into a loud applause all by herself - much to the surprise of onlookers, evidence leaders and investigators.

Mbanjwa, the legal representative to Nontsasa Memela, the former head of supply chain management at SAA Technical (SAAT), was visibly pleased yesterday with how her client had dribbled the commission for four days.

As they walked past the media gallery, she gave Memela a big hug and declared: "Your performance today was superb!" she declared in Xhosa.

It was the fourth day that Memela was in the hot seat to answer accusations about her alleged role in a controversial R1.3bn contract for aircraft components.

The contract was awarded to US firm AAR Corporation in partnership with local BEE partners JM Aviation in 2016.

Throughout her entire testimony, Memela denied any wrongdoing as the then head of procurement at SAAT. She said she had been implicated by people who opposed her pro-transformation posture while at the ailing airline.

Even questions about the R2.5m the director of JM Aviation paid towards the purchase of her house and an AAR-sponsored trip to the US did not shake her.

She had answers for every question, always seeking to absolve herself of any wrongdoing.

Memela concluded her evidence at lunch time yesterday with some hostile closing remarks: "There is nowhere I influenced the decision to award the contract to AAR and JM Aviation and there is nowhere I ever influenced any decision by any department at SAAT to pay [the two companies].

"It seems that all of a sudden now that I am outside SAAT, everyone is now feeling free to point things [sic] at Nontsasa because she is no longer there.

"Other say they were never at meetings and because there are no cameras, there's no way to prove that they were.

"Then there is Mr Schalk Human, who has never seen me [and doesn't know me] from a bar of soap but is comfortable enough to come here and talk about me." She was referring to the current acting head of procurement at SAAT, who has testified at the commission.

"Because of this, I end up not understanding what kind of a role did I play at SAAT. It is as if I was far more senior than the board. Even [if] I did not know better, I would say maybe, unknowing to myself, I would say I was a minister giving instructions to everyone.

"But the reality is that I reported to people. I was the HoD [of supply-chain management] and I played my role to the best of my ability. I've had to answer here on behalf of the acting CEO - and the list goes on, so no, I did not have any influence," she said before rising from the hot seat.