What's wrong with SOEs - too many chiefs 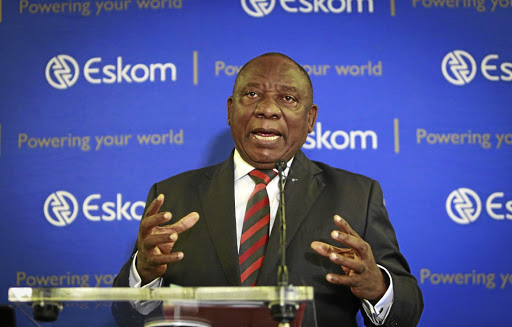 State-owned-enterprises, or their sorry state, to be precise. That is one thing that would be upper most on everyone's mind as the head of state, Cyril Ramaphosa, delivers his State of the Nation Address this evening.

How is he going to fix them? This is a question on many people's lips.

The president goes to this year's official opening of parliament with the crises in parastatals playing themselves out in dramatic fashion.

The national carrier, SAA, is effectively in ICU with a business rescue team trying to salvage whatever is left of it by controversially shutting down certain routes and retrenching thousands of its staff.

If it survives, it would come out of the other side of the business rescue process as a much smaller airline that most likely would be operating between Johannesburg and Cape Town and on a few routes across the continent.

Ramaphosa has expressed unhappiness with the plan to close the Durban-Johannesburg route, but it is yet to be seen if the business rescue team would listen to his objections.

The public enterprises department, which is in charge of the airline and other paras bbbbv bvtatals, says it is having "interactions" with the business rescue practitioners to find common ground.

"It has been agreed that the minister [Pravin Gordhan] and the department, as the shareholder representative, will be given an opportunity to view and evaluate any draft plans that emerge from their work. This is with the view of making constructive and viability-based inputs that will maximise the chances of the rescue process succeeding," the department said.

But how did SAA get to this point? Obviously, there are the many years of maladministration and chaos that happened during the Jacob Zuma years. These would include the questionable leadership provided by SAA boards of directors that were led by Zuma's close associate, Dudu Myeni.

We can go much further than that and point to the disastrous tenure of then CEO Coleman Andrews who took charge of the airline at a time when the Thabo Mbeki administration bought into the neo-liberal gospel of the state pulling out of strategic industries to allow for private sector investment.

But Ramaphosa rose to power on the ticket that he was going to fix all that, so why has the mess worsened under his watch?

For some of the clues as to why parastatals, and SAA specifically, are in such a state, one must revisit the resignation letter written by Vuyani Jarana when he decided to step down as SAA CEO last year.

"One of the areas of concern is speed of decision making. It is impossible to succeed in the turnaround with the current level of bureaucracy we have to go through to implement the strategy. Currently, SAA must obtain approval of DPE and National Treasury to implement some of the key decisions. Whilst this in itself is not a problem as a principle, it takes away the agility required for an entity in financial distress, an ICU case."

But SAA is not the only SOE that finds itself derailed in its turnaround efforts by having too many chiefs to report to.

Power utility Eskom, the biggest and arguably the most important state-owned entity, which is now implementing loadshedding once again, saw its chair Jabu Mabuza and CEO Phakamani Hadebe resign about six months apart.

Though Hadebe declined to comment about his tenure at Eskom when approached by Sowetan this week, insiders at Megawatt Park have spoken about "confusing" parallel systems which existed at the troubled power utility during his time.

What Hadebe was facing mirrored exactly what Jarana outlined in detail in his resignation letter.

Sowetan has learnt that Jan Oberholzer, the utility's COO, was apparently reporting directly to Mabuza, his close associate for years, something which ruffled feathers at Megawatt Park. Several Eskom executives had raised issues, allegedly even to Hadebe himself about the confusing lines of reporting, especially in relation to Oberholzer's role as many saw him more as some kind of "deputy CEO".

Others apparently asked Hadebe: "Are you reporting to him [Oberholzer]?"

Oberholzer has apparently been Mabuza's right-hand man as he had assisted him on his other business interests, including during his tenure as Telkom chair.

"There was also a chief of staff who was based at Megawatt Park and who was also reporting directly to the board chairman and she would make demands for information from senior management directly without going through Hadebe," an Eskom insider said.

Mabuza also refused to comment when approached this week.

Sowetan has learnt that another issue that may have made Hadebe's tenure difficult and even affected his health included having too many players to deal with, including two ministries (Treasury and public enterprises), which came with their own advisers to please and win their support. Jarana had raised the same concern. The demands from the two ministries were often not aligned and this delayed approvals and extended the decision-making processes.

In addition, Hadebe had to deal with the board, its substructure focusing on its turnaround strategy and occasionally parliament's portfolio committee, which also demanded certain answers.

Apparently, getting Eskom's turnaround strategy to satisfy all players involved a lot of toing and froing between all those involved.

Former Nuclear Energy Corporation of South Africa (Necsa) chair Rob Adam, who resigned in July just six months after his appointment, spoke about policy uncertainty at the loss-making state entity as the main reason for his departure.

The remaining three board members resigned last month, citing a dysfunctional relationship with mineral resources and energy minister Gwede Mantashe, who they claimed had "frustrated and undermined" their ability to carry out their responsibilities.

The Passenger Rail Agency of South Africa is another state-owned entity currently swimming through rough seas and was recently put under administration.

Whatever Ramaphosa announces tonight, what's already clear is that it will take more than just putting qualified, honest and deserving people to run the SOEs for them to be successfully turned around anytime soon.

What's required are clear reporting lines and defined responsibilities for the line ministries, the parastatals under their control, the department of public enterprises, the boards that run those parastatals as well as the executives.

South Africans can rest assured they will have the lights on for the state of the nation address (Sona) on Thursday - at least according to Eskom.
News
1 year ago

And now for the good news, no loadshedding on Wednesday

Bedevilled power producer Eskom – which is trying to bleed as much as R190bn from consumers through a series of tariff hikes – has been dealt a ...
News
1 year ago
Next Article